in collaboration with the International and Commercial Sections of the Association for Conflict Resolution (ACR).

The Webinar will cover the evolution of mediation in commercial disputes involving our neighbors in Mexico and other Latin American countries.

We will cover agreements to arbitrate and mediate with recommended provisions and model forms. There will be an emphasis on preparing for and conducting the mediation hearing, including dealing with cultural and legal differences.

Finally, we will discuss the future of cross-border mediation. 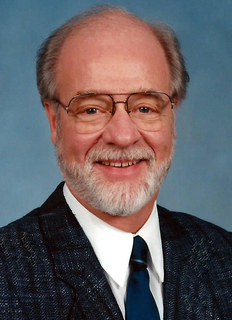 Phil Robbins has engaged in civil litigation, arbitration, and mediation in Phoenix, Arizona since 1958. His practice has included jury and court trials in the state and federal courts in Arizona, California, and other states, and arbitration and mediation of a wide cross-section of civil cases. It has included representation  of U.S. and Mexican clients in cross-border cases arising in the U.S., Mexico and other parts of Latin America. He has served as arbitrator and mediator in a variety of civil cases, including  international disputes.

Phil is Board Chair of the National Law Center for Inter-American Free Trade, Tucson, Arizona, which is involved throughout the Americas in issues of reform and harmonization of laws affecting trade and commerce.

He is a member of the NAFTA Advisory Committee on Private Commercial Disputes arising in the three NAFTA countries, appointed by the US State and Commerce Departments as one of eight US delegates, serving with Mexican and Canadian delegates and is Past U-S Chair of U.S.-Mexico Bar Association and   former Chair of the International Committee of the American College of Trial Lawyers

Phil has been a speaker and instructor at conferences and seminars in the US, Canada, Mexico, Chile and Costa Rica on trial practices and alternative dispute resolution. He holds  B.A. and J.D.. degrees from the University of Arizona.

The archive for this session is now available for viewing. Please feel free to continue the discussion with questions and comments in this forum. Enjoy! Bryan