Director of The Werner Institute 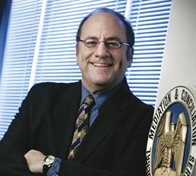 Arthur Pearlstein, Professor of Law and Director of the Werner Institute for Negotiation and Dispute Resolution, received his B.A from Haverford College, his J.D. from Harvard Law School cum laude, and his Master?s in Dispute Resolution from the Straus Institute for Dispute Resolution at Pepperdine University. Immediately prior to joining the Creighton faculty, Professor Pearlstein served as the general counsel and director of Alternative Dispute Resolution and International Programs at the Federal Mediation and Conciliation Service (FMCS). In addition to his work as a lawyer, mediator, and facilitator, Professor Pearlstein has an extensive background in teaching and training both overseas and in the U.S. He has written widely on law, dispute resolution, and popular culture and has been a speaker, panelist and guest lecturer on negotiation and alternative dispute resolution at a wide variety of institutions, conferences and symposia around the world. His research and praxis interests include dispute systems design, emergence and private ordering in conflict resolution, interdisciplinary education, and collaborative professional practice. Professor Pearlstein also serves on Creighton University?s Graduate Board and chaired the committee on interdisciplinary education of Creighton?s Graduate School Task Force.

Permalink Reply by ADRhub.com - Creighton NCR on October 20, 2011 at 7:47pm
**INSTRUCTIONS FOR ACCESSING THE LIVE WEBINAR**

Permalink Reply by Jason Dykstra on October 24, 2011 at 7:59pm
I can't believe I missed this!! Will there be a link to it afterwards?

Permalink Reply by ADRhub.com - Creighton NCR on October 25, 2011 at 10:27am
The archive is now available for viewing at the top of this page. I also attached the powerpoint to this message. It is right below this text. You will find the links Arthur mentions located within the powerpoint. Enjoy!
Attachments:

Permalink Reply by Starlette Merkson on October 27, 2011 at 11:14pm
I thoroughly enjoyed this webinar. Particularly because I feel the correlation between happiness and the web is a very clear and present thing. To acknowledge that social networks have value in producing happiness is an acknowledgement that a lot of people need to hear. Oftentimes, I see my Facebook friends vilified by others on the network if they do anything that resembles attention seeking in the slightest. It is not uncommon to see a status update admonishing another face booker for “putting their personal business on the net.” They fail to realize what was clearly illustrated in this webinar. Social networks and their correlation to happiness predate the internet. Before the internet people used other in groups to fulfill the need of “meaning/attention”. While some may look at social networks as purely an avenue for posting funny pictures and stories, others look at it as a way to foster happiness and therefore reduce negative and unproductive conflict. Furthermore, the way this webinar broke down happiness and how one achieves it was really interesting. One could go down that list and clearly identify what is missing in their life, thus saving themselves a lot of therapy. 

Permalink Reply by Robert E Wronski, Jr. on October 31, 2011 at 1:50pm
Great webinar.  I sadly missed it live as I couldn't figure out why WIMBA wasn't working for me.  (Turned out it was because I also had Tweet Deck open, and they won't work at the same time.)  Very glad there is an archive.