Neutrals: More than Only Decision Makers

Neutrals: More than Only Decision Makers from The Werner Institute on Vimeo.

Since a couple of years ODR become  more and more important. 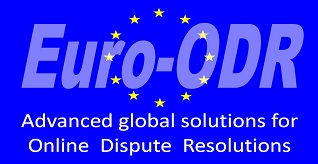 Additionally two new figures appeared on the stage: ODR Providers and with them the Neutrals. This webinar will show you the challenges and needs of Neutrals and ODR Providers in coming ODR scenarios, nationally, cross-border, worldwide.

Neutrals- more than decision makers: They are leaders into a professional world of ODR!

Born in 1971. Patric Illigen began his professional career with his training as an officer in the troops serving as engineering officer  in the 1st  Mountain Division in Munich and Ingolstadt.

He then studied part-time in addition to his work in the HypoVereinsbank economic-engineering with emphasis on "International Management".

From 1998 to 2007, he worked in various companies as a Senior Manager and Chairman of the Executive Board, his special interest and focus was in the education and training of personnel, as well as in the design of training courses at the university level.

After his education to business mediator (under the rules of the Chamber of Industry and Commerce (IHK)) Patric illigen founded in the year 2008 Accanis Ltd, an international service provider for mediation and mediators. In the following years he expanded Accanis Ltd by several parts, for example, in the year 2011 the "European Mediation Network" wich now has 60 partners in 11 countries, as well as the "Bergische Mediationszentrum" (Center for advanced mediation) part of the Accanis-Group.

Founded in 2013 as an extension of the Mediation Center Patric Illigen founded  the “German Mediation Academy” in Essen in the middle of Germany, in which he´s the C.E.O. and director of science. In the context of this activity he is inter alia. He is an author of various advanced trainings for mediators / business mediators and nationally and internationally recognized training courses related to the use of mediation (Cross-Border-Mediation) and online-mediation (ODR).

Patric Illigen made special international experience with his work as an accountant in the EU-founded project "EuroNetMed" in  2011 to 2012. In addition he is operating the ODR-platform MESUTRAIN since summer 2012, a comprehensive system for realization of Online-Mediations, Online-Supervisions as well as national and international specialist training for mediators and coaches.

As a lecturer for mediation, and online-mediation Patric Illigen is booked on major national and international conferences and he´s holding lectures at fair-related around the mediation. In particular as a specialist for online mediation (ODR) Patric Illigen is an internationally sought-after expert and he is regarded as one of the leading pioneers of the online-based mediation in Europe and beyond.

Since a few weeks Patric Illigen is mainly responsible for the global training of trainers in neutrals and ODR-providers for the ODR-system "YOUSTICE".

As an author Patric Illigen has already written many books in the context of the mediation, in addition, he regularly published articles and essays in various trade magazines.

The archive for this session is now availble. Enjoy!