The EU ODR Platform is set. Let the game begin!

Cyberweek 2016 - The EU ODR Platform is set. Let the game begin! from Werner Institute on Vimeo.

On 15 February 2016 the EU ODR Platform for the resolution of conflicts between consumers and traders became operational. Already we have a sufficient number of national resolution bodies that have been listed on the platform. Let's see together how EU member States have so far chosen to abide by the relavant European legislation. What are the tendencies? Which EU countries do not participate for the time being and what happens with UK after the Brexit? These are only a few of the issues that will be addressed. My aspiration for this webinar is to present the first information available in a more systematic way and draw, with the help of the participants, the first conclusions with respect to the implementation of the ADR Directive and the ODR Regulation by the EU member States. 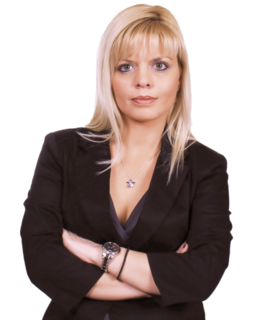 Eleftheria (Ria) Papadimitriou is a Court of Appeals Lawyer in Greece, member of the Bar Association of Thessaloniki and a PhD Candidate. She holds an LLB from Aristotle University of Thessaloniki and an LLM from International Hellenic University on Transnational and European Commercial Law and Alternative Dispute Resolution. She is a Dispute Resolution Specialist (arbitration, mediation, negotiations). Ria is also an Accredited Mediator in Civil and Commercial cases by ADRg, UK, INADR, Chicago and the Greek Ministry of Justice and Religious Affairs. Additionally she has been trained and accredited by ADRg as an Online Dispute Resolution Mediator. She is accredited as Trainer for Mediators and Certified e-Commerce Consultant by the Spin-off Aristotle University of Thessaloniki as well. Her expertise lies in Civil and Commercial Law, whereas she is specialized in Intellectual Property and Information Technology Law. Her thesis was titled “Domain Name Dispute Resolution in Transnational Level”. She has served as a Judge for the INADR 14th Annual International Law School Mediation Tournament-London and the 1st Greek Mediation Competition held by ADRg in Thessaloniki, Greece. She is a young ICCA member and member of the International Affairs Committee of the Bar Association of Thessaloniki. She is also participating in the Young Mediators Initiative run by the International Mediation Institute (IMI). With her dual capacity, both as a Lawyer and Mediator she is dedicated in promoting mediation in Greece in all possible fields and especially in the field of e-Commerce where she is currently working on a relevant project.

Thanks so much, Ria, for an excellent presentation and especially for the data packed slides.

Bryan asked for links to the EU law - the Directive is here and the connected Regulation on ODR is here.

The EU's ODR portal,where you can see  a list of the various ADR entities and their processes,  is here.

My rants , which I spoke to, are the first two here

My paper critical of the legislation before it was implemented , anticipating some of the current problems, with thoughts on how to tighten it up is here.

Just found this explanatory infographic to traders from the European Commission. Its not just Felippant (you need to read it to understand this painful attempt at a pun) but wrong when in telling traders what are their duties under this law it says:-

"If you have agreed to use a specific dispute resolution body or if such an agreement applies collectively to your sector, then you also have to:

Link to the platform when you make an offer via email. "

it is misrepresentation through omission. Apart from the bad grammar which makes the phrase  equivocal as to whether the words 'by email' refers to the link to the platform or to the offer, in implying,by omission  that if a trader has not already agreed to use a specific DR body or such agreement does not apply collectively to his sector (as in a requirement of membership of a trade association or a statutory requirement as ,in the UK, applies to banking and energy etc) it does not have to  do anything to help notify the consumer. It does not have to link to the platform  but what the Directive,in fact,  requires  in Article 13 is that :-

"3. Member States shall ensure that,in cases where a dispute between a consumer and a trader established in their territory could not be settled further to a complaint submitted directly by the consumer to the trader, the trader provides the consumer with the information referred to in paragraph 1, specifying whether he will make use of the relevant ADR entities to settle the dispute. That information shall be provided on paper or on another durable medium. "

In other words the obligation to link the unhappy customer to an approved DR body applies whether or not the trader has pre-agreed to use that body. If I was a trader and had not so pre-agreed I would think from this infographic that there is no duty on me to notify the customer.

We didn't cover what happens for the UK if we Brexit  with the Directive in place here requiring traders to link  to the  EU ODR platform but the platform no longer able to refer consumers to UK dispute resolution bodies. Yes, Bryan I predict it will not happen. Mrs May's (a Remainer) Hard Brexit  is her clever ploy to whip up enough anti Brexit sentiment to generate pressure from Soft Brexit Leavers (i.e. those who were wrongly told by various Brexit leaders we can leave , have restrictions on free movement of people and still remain in the single market )  for another Referendum in which they will vote Remain to protect the economy.

Watch the news tomorrow for the court verdict on whether it is lawful for May to serve the Article 50 notice (which means we would be up the creek without  a paddle 2 years later if we dId not do a deal with the EU ) without a vote in Parliament. Whatever the result the case will leapfrog to the Supreme Court on appeal.

Thank you Graham for your kind words! I am glad you found useful my presentation.

Your comments during the discussion were really felicitous and your contribution valuable.

Thank you also for the links and the materials added in the discussion forum. I will definitely have a look at your paper!

The archive for this session is now available via the player above.

Permalink Reply by Ria Papadimitriou on November 3, 2016 at 1:39pm
Thank you Bryan!And for all the help before and during Cyberweek 2016!