ODR Blog: ODR, by any other name… Join the hunt?

Out there in cyberspace, Online Dispute Resolution is being developed and practiced by people who have never attended Cyberweek, participated in the International Forum on ODR, or even heard of the term ODR. Their development of the tools and practices of ODR is at least as important as the development work being conducted by the dispute resolution world. ODRBlog is going to hunt these platforms and practitioners down and introduce them to the ODR…

Why Listening is Important I spend a lot of time listening these days.  I have to tell you, it's awesome.  I also am starting to write a fair amount about listening on this blog and on Twitter as well.

So why do I spend time writing and speaking (ironic isn't it?) on listening?

Because there is a true art to…

Mediators: What If They Don't Pay?

I have been using Twitter to find some great blog postings and articles. This is how I found today's guest blogger, Kelly S. (who needs to know her last name anyway?), aka @KolorKube.

I know we all mediate and do conflict coaching because we love the work we do yet at the sametime accumulating smiles does not pay the bills.

What do you… Continue

Fairly Legal: A Win/Win? The decision has been made and it's ...

There is clearly a lot of ruckus around this show right now.
I propose that this ruckus is a “win/win” (to quote Kate Reed).

1) This show has sparked a few debates in the mediation world: “Fairly Legal is a perversion of the truth!”, “‘Fairly Legal??’ The double-entendre of the name alone is enough to make people think mediation is a laughing stock!”, and my favorite “With mediators portrayed like Kate Reed, clients will be expecting mediators to look and act like Kate…

Reposted from www.FairlyLegal.wordpress.com.  Click there for full blog and additional posts.

First--if you're a mediator--you know that most people think the mediation profession is a misspelled form of meditation.  Simply put: the average TV watcher is just not that familiar with what mediation is.

Most common response when I tell people I'm a mediator (after their eyes have glazed over): "So, you like do…

Ontario has recently enacted the Commercial Mediation Act.  There is a good overview " Mediation More Attractive in Ontario" by Sheldon Burshtein at  : http://www.blakes.com/english/legal_updates/litigation/jan_2011/MA.pdf

Local Realtor boards across the US are turning to Ombuds programs in growing numbers to address concerns from consumers and Realtors. The first program was started by the California Association of Realtors and was well received. Subsequently, the National Association of Realtors adopted a policy that serves as the model for local Realtor organizations.  (Although the NAR policy has been widely copied, it is not available online.)

The standards for Realtor Ombuds are distinct from… Continue

Over the past few months I have waited with baited breath for this show Fairly Legal to come to television. Many questions have passed through my mind (as well as other mediators, I’m sure) about how this show is going to portray mediation. And finally it debuted on U.S. airwaves last week with USA Network (watch it… Every time I move I am faced with a major crisis.  The kitchen cupboards.  I can never remember where we put the plates, where the cheese slicer is, where my favourite pan is, and I know you have the same thing.  However, time goes on and the more we reach for that (enter search item…

The much anticipated "Fairly Legal" made its debut last night. Although, many may of not been on the edge of your seat waiting for this program to air but it sure had a ton of media hype the last few weeks.

My email and email alerts were inundated with a steady stream of press releases, interviews with the stars, and even other people blogging about this show.

So, what was all the hype? Most of it was because the USA network does an amazing job (in my…

Here is a current article on the jobless recovery by Nancy Folbre.  I have worked for the "elite super rich" in my career which prompted me to write a response to this article.  I also attribute my reaction to my Jesuit education at Creighton and my resolve to follow St. Ignatius of Loyola's guidelines of Ignatian Spirituality.

"Hmmm, is she being evaluative here?"

(new television show on mediation debuts 01.19.11, above is the star of the show who portrays a mediator)…

Not Mea Culpa: Mediators' Talent for the Blame Game

Spend a little time inside any mediators’ discussion group and it won’t be long before someone complains how hard it is to be a full-time mediator. Interestingly, they invariably externalize blame, attributing it primarily to two causes: (i) prospective clients don’t understand mediation; and (ii) access to cases is controlled by lawyers or the courts.

Yet neither is true — or at least, neither is the show-stopper these hand-wringers would have us believe. Mediation has become…

We all have a story to tell

What is it about a story that makes people so intrigued?  This past Friday I posted the above status on Facebok; Once…

Objectively Speaking, Neutrality is Difficult
Steve Mehta- Many times a month, I will be in a mediation and an attorney will tell…
Continue 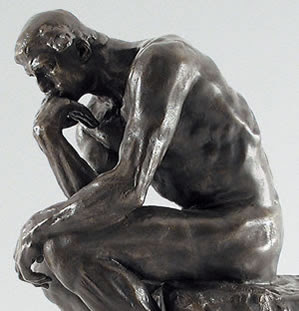 After reading Alex Yaroslavsky's recent blog post titled "The Value of Language," I thought about reflection and debriefing. It is something I think is very valuable and is critical…
Continue