YEA, YEA TELL IT TO THE JUDGE

You have likely heard or possibly used this expression “Yea, yea tell it to the judge”. In my experience, it is usually said in a demeaning and sarcastic manner when the speaker disagrees with another’s perspective on a matter. It’s one of those statements that implies messages such as: “You don’t know what you’re talking about”; “I disagree and it’s for someone else to decide – certainly not you”; “A smarter person than you knows the answer”; and so on. The implication is there’s a right…

'The Juggling Brain: What Neuroscience Tells Us About How the Brain Manages Conflict.' We all have to manage conflicts in our brain on a daily basis, not only with others but with ourselves: making the right decisions, choosing between options, between objectives, allocating our time and resources, etc. Our session will cover what neuroscience has to tell us…

More About How Transformative Mediation is Done

In this second part of a two part blog entry, I describe how trainings in transformative mediation ago.  You can read the blog entry here.

www.Justicebox.net is an online dispute platform that i built.

I want to make a difference change the legal world and create a better way to solve disputes .
We all know that the legal system is not working.
caseload is on the rise, judges numbers are dwindling, staff and budget cuts hurt justice in all levels.
I built a legal platform that can change the legal world, stream legal process for the consumer and help transform a…

March 5th :   NCPC and Cyberbullying Prevention: What’s New and What to Do

Longer-Term Consequences of Anger Expression in Negotiation: Retaliation or Spill Over?

For a limited time you can apply to the either the Graduate Certificate Program or the Master Degree program in Negotiation and Dispute Resolution at Creighton University and have the application fee waived. Ends 3/1/13

Creighton University’s Master of Science in Negotiation and Dispute Resolution online degree program and Graduate Certificate approach conflict management and mediation through a wide lens, rather than simply looking at what each party wants and how to…

As we know, the word please is usually meant to be a polite statement that accompanies a request of another. With a drawn out pronunciation and sarcastic intonation, this word can turn quickly into an expression that reflects disgust, disapproval, anger, and disagreement. ‘Puullease’ may be used to dismiss the other person, to criticize, or to put them down. In any case, saying this word in the way just described typically leaves little room for conciliatory dialogue.

Brains on Purpose: Traits and States to Shape Your Conflict Fate Our brains are changing all the time. We can be in control of those changes or we can have accidental brains, ruled by habit. Stephanie will show you how you can break bad habits, set and reach goals, and maximize your ability to handle conflict through the process of…

Come join the Assistant Director of the Werner Institute, Bryan Hanson, to learn more about Creighton's Online Master's Degree and Graduate Level Certificate in Negotiation and Dispute Resolution and answer any questions that you may have about this program. 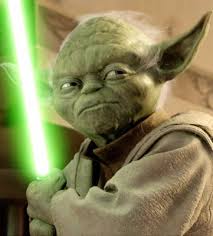 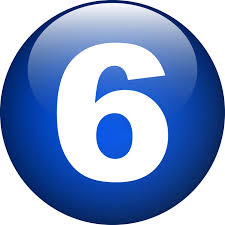 Just about anybody who has ever studied or trained with me has had the experience of engaging in The Pasta Wars, a Prisoner’s Dilemma simulation-game I developed with Yifat Winkler.  Thank you all for helping us perfect it!

For all those of you who are now teachers or trainers yourselves – I’ve uploaded the game, complete with a…

The World's Next Top Model (of Mediation)

In the blog entry linked here, I describe how challenging it is to embrace the transformative perspective; and I try to explain how different that perspective is from where I started.

Join us as guest host Kim Bunker speaks with ACR Membership Committee Member Susan Terry as she gives an update on the new general Advanced Practitioner program for ACR.  This show will kick off a new radio series which will include shows on the topics of social media, ACR Chapter and Section events and highlights, the 13th ACR Annual…

Rewire Your Brain to Speak Your Mind Every conflict contains a seed that in the right conditions can germinate into a new understanding, deeper awareness, and creative possibilities. The inner workings of the brain can advance or hinder this process. This program will explore implications of current neuroscience research for communication, social interactions, conflict management, and influence. This program…

San Diego – JAMS, the largest private provider of mediation and arbitration services worldwide, today announced the addition of Hon. Jeannie Lowe (Ret.) to its panel. Commissioner Lowe will be based in the JAMS San Diego Resolution…

Miami – JAMS, the largest private provider of mediation and arbitration services worldwide, today announced the addition of Hon. Ted E. Bandstra(Ret.)to its panel. Judge Bandstra will be based in the JAMS Miami Resolution Center. He will serve as an arbitrator, mediator and special…

WHEN SILENCE IS GOLDEN

As with many proverbs, the origin of “silence is golden” is not definite. The first example of it in the English language was apparently from the poet Thomas Carlyle who translated the phrase from German in Sartor Resartus in 1831. In that translation, silence was compared to speech – “speech is silver, silence is golden”. In an effort to become masterful in managing conflict I thought it may be an idea to…