JAMS, the largest provider of mediation and arbitration services worldwide, today announced it has relocated and expanded its Resolution Center in Silicon Valley. The new location is nearly twice the size of the former office with 15,000 square feet and features incredible 360 degree views of Silicon Valley.

“JAMS continues to be a leader in ADR services both nationally and internationally,” said Chris Poole, JAMS president and CEO. “Our new Silicon Valley location has more…

"Direct experience is not enough. Virtually any method of resolution may prove effective in addressing one or two situations of conflict. But we often do not know why. It might be because they are sound methods, because the particular method happened to work well with a particular type of conflict, because the…

I recently came across an news article talking about real estate agents who were certified as negotiation experts. Some further research led me to their program's website, which detailed topics covered in 2-5 day seminars for real estate agents. (Disclaimer: I have no connection to the program and…

I thought the following presentation would be of interest to fellow mediators and others working in conflict. It explains the semiotic perspective on nonverbal communication.

I hope you enjoy it!…
Continue

Matthew Rushton, publisher of The Mediator Magazine in the UK and a well known legal journalist, has joined JAMS International as deputy director. This is the second high-profile new hire for JAMS International in 2011. Lorraine Brennan joined as managing director in January.

Noam Ebner- ...So far as the conference itself is concerned, this was certainly a successful event. New contacts were made, new ideas were voiced, and the borders of how negotiation could or… 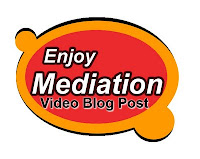 I'd like to introduce everyone to the newest feature of EnjoyMediation.com- video blog posting. No, I will not be giving up on the written version of my blog postings but rather, this will…
Continue

Why should the art suffer?

There has been recent cultural property disputes where countries bring actions against museums (i.e. the Getty Museum, the Met, etc.) claiming the museums should return particular items to the country of origin. How courts decide these issues has a lingering effect on loan agreements between countries and museums.

Irvine, Calif. – The nonprofit JAMS Foundation announced that it approved five new grants to organizations using innovative ways to promote and advance conflict prevention and dispute resolution. The foundation will distribute the money in the form of two Foundation Grants, which provide financial support up to $50,000 for ADR initiatives with national impact, and three…

I’m starting this summarizing post on my way home, travelling from Beijing to Istanbul over an airborne version of the ancient Silk Road – the trade routes which have connected China and the West over the past couple of millennia. I certainly do feel that I have been on a trading run - I came with full bags of goods and left with bags of other goods – but the details of the transaction, the content of the saddlebags, are yet to be explored.

So far as the conference itself is…

Whenever I say Intent, Action, Effect it always feels like I'm saying lights, camera, action!
Anyways...let’s take a moment and look at this model together. I really like this model because we are able to break down virtually every conversation we have and talk about what our private motives were and what was the public event/action that took…

I'm currently a law student at Creighton and also pursuing the M.S. in Negotiation and Dispute Resolution through the Werner Institute. This summer I will be blogging about new issues and ideas in the ADR field. I'm very interested in art and art history, so many of my posts will probably be slanted toward those subjects.

Rapport building is often cited as critical characteristic of a successful mediators. As a mediator, I agree, and think it must also be genuine. Additionally, establishing rapport, or building it, is something that mediators probably do and use not only as a tool in their Mediator's Toolbox but rather something they use throughout the day during daily interactions.
Now of course this is written for mediators, my usual audience, yet take out the word…
Continue

It's Back.
It Starts June 1st.
See The Book…
Continue

Isn't this a beautiful picture of a glorious winter?  From all the beauty that we can see in this picture we know that something is wrong.  That snow is covering poop.

This past weekend I picked up my dog’s poop that had accumulated over the winter.  It was a bittersweet moment, bitter because it…

Putting it to the test: Judging a Chinese student negotiation competition

Over the weekend, conference participants had the opportunity to serve as judges in the 3rd Annual China University English Language Negotiation Competition.

Teams of students from eight universities squared off against each other in four rounds of negotiation, using simulations spanning a wide spectrum of topics. Judges observed the negotiations and scored parties on process issues and outcome.

As a judge, I was surprised and impressed. Surprised, at the fact that…

Back to School: Inside a Chinese Law School Negotiation Class

I felt right at home in Peking University’s School of Law. Perhaps this is because so much of my own law school experience seemed to me to be going on, at times, in Chinese. Alternatively this may be due to Andrew and Vivian’s skillful and…