Conflict is inevitable. Whether you work at a corporation, hospital, school, in public administration or law — disagreements will arise. No two disputes are alike and some conflict management styles are more effective than others. How you approach the conflict could be the deciding factor in whether or not you reach your desired result.

Knowing your conflict management style and when best to use it can help achieve desired outcomes. Contrary to popular opinion, negotiation isn’t…

Back to School Series for August

upcoming Back to School Series starting in the month of August, held every

Members of the Mediators Beyond Borders International (MBBI) new Kenya Initiative will be travelling to Kenya from August 7th through to August 21st, 2012 for an Assessment Visit.  If you're interested in more information about the Initiative feel free to like us on Facebook: www.facebook.com/KenyaTeamMBB… 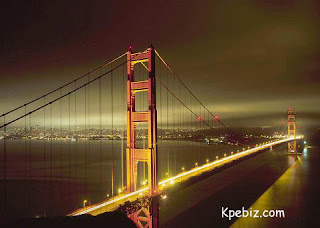 What are the job prospects in ADR?

Last week there was a report on NPR about the job prospects for recent law school graduates. It said that “at some schools, less than a third of their graduating class were obtaining long-term, full-time legal jobs” and that “since 2009, the median starting salary in private practice has fallen 35 percent” (1).

That report focused on lawyers, but what…

In the midst of conflict, it is common to feel confused – wondering what is happening and why, experiencing mixed emotions, feeling out of control or immobilized, and so on. At these times, we often don’t have a sense of what to do or what to say. Since our confusion obviously interferes with our ability to think clearly, we may tend to act and react on emotions. The outcome we want, how to get there, and how to manage our emotions are muddled in our hearts and brains.

Since we are in…

The same principles that guide transformative mediation are now being applied to ethnic and political conflict.  Read the full article here.

It’s not a straightforward exercise to figure out from where and how our assumptions come to us. Life experience, family, friends, teachers, observations, gossip, others’ tales, and a wide range of variables have an impact on our thinking. How we interpret peoples’ words, actions, behaviours, attitudes, etc. leads us to act and react in ways that are based on our assumptions - not necessarily on what is actually intended. Conflict can easily arise from erroneous perceptions and…

After my last blog on empathy I reflected on some of my other relationships and realized I have a friend I know so well that in most cases I can correctly tell what she’s thinking and how she’s feeling. So if missing empathy is one’s inability to determine another individual's feelings – does that mean that I’m super empathetic? Or is there more to it?

Experts on the topic, such as Paul Ekman (the author of “Telling Lies” and the inspiration behind the TV series…

Negotiation teacher? Mediation trainer? If so, you certainly use simulation-games in your work, often. interested in knowing how effective they are? Want ideas for improving them - or replacing them with new teaching activities?

Organizers are seeking proposals for presentations for concurrent CLE sessions, sessions at the Symposium…

A recent article in the India Times indicates that a growing number of Indian corporations are using Ombuds programs to handle internal and external grievances informally. In the past six months, HUL (Hindustan Unilever Ltd.), Ranbaxy Laboratories, SKS Microfinance Ltd., and Wipro Ltd. have created Ombuds offices. "It's not just about spelling out a whistleblower policy, but also about having a system that enables all stakeholders to raise concerns about wrongdoings fearlessly and have the…

Over the last few months I’ve found myself in conflict with a dear friend over and over again due to our inability to correctly recognize and predict each other’s emotional responses. But just as a lack of empathy can cause conflicts, empathy can be an important tool. Mauricio Hernández Sarti finds that

One of the reactions to people who provoke us is to give them ‘the cold shoulder’. In the dictionaries I consulted, I found that the source of this is Sir Walter Scott. There is no reason explaining its derivation but rather descriptors of what the expression reflects, including words such as aloofness and disdain.

Idioms like this and others – for instance, ‘getting our noses out of joint’ - are vivid in the physical images they conjure up. When we are in conflict we usually show it…

When it's all about money. . . transformative mediation?

In my latest blog entry, I describe a discussion I have frequently with litigators.  Many litigators are accustomed to an approach to mediation characterized by a mediator who evaluates the case - and by a process that doesn't value direct communication.  Here's the article that explains why transformative mediation is the way to go when it's all about money.

Beware of the Darkside?

For a long time now, I’ve been wondering about…

I haven’t posted in a while, so I thought it was time for a good old fashioned rant... J

Though I have a lot of friends who consider themselves anarchists, it’s a philosophy that I’ve never fully been able to agree with in any real sense. I often find myself in great debates over the practicality or some underlying, glaring contradictions that I can’t seem to wrap my head around. It’s not that I don’t see the problems with the way the world is currently being run, nor that I am…