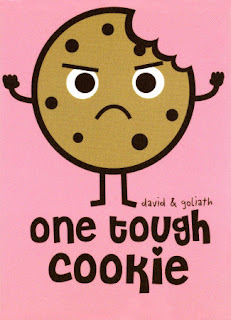 I came across this great article by Kathleen Schulweis posted at www.Examiner.com. It details…
Continue

ODR LATINOAMERICA is apllying for FRIDA 2010 award VOTE US!

In the past several days, the following jobs have been posted at the Ombuds Blog:
Continue

I am in my first week as the Director of Fund Raising and Campaign Strategy for Natalie Mosher, the Democratic candidate for Congresswoman for the 11th Congressional District in SE Michigan. She is a grass roots champion for the diverse groups, special interests and issues that we have studied throughout our entire mediation and ADR program.

As a direct result of our…

Sobering Story of a Suicide Offers Glimpse Into Work of Ombuds

Last month, an editor of the renowned Virginia Quarterly Review took his own life after complaints of workplace bullying. An investigation by the Chronicle of Higher Education reveals that the situation was known to administrators at the University of Virginia and that the victim had sought assistance from the campus Ombudsperson. In a follow-up story by ABC News, the victim's sister shared phone records showing calls to the UVA Ombuds office less than two weeks prior the… Continue

Benjamin N. Cardozo School of Law in New York City has announced it will launch a new LL.M. program in Dispute Resolution and Advocacy in January 2011.

The new program is designed for domestic and international lawyers, and will draw on the strengths of the school's Kukin Program for Conflict Resolution. Along with coursework, students will be required to… Continue

Another new mediation program, another program requiring the mediator to also be an attorney: Plaintiff and defense lawyers are trying to gauge the overall impact of a new state mandate requiring mediation in medical malpractice cases.

So far, the apparent consensus is the new law may take smaller cases…
Continue

This week, I came across the unofficial creed of the Navy Ombuds program. Written by Gayle Brinkley, it offers an apt description of most kinds of Ombuds work.


I am an Ombudsman
I am not a crutch.…
Continue

FCO has published the agenda for its first-ever course on Ombuds fundamentals to be offered in Toronto, September 20 and 21, 2010. The two-day program for new and intermediate-level Classical Ombuds staff and complaint-handlers will feature nearly two dozen Canadian Ombuds. Many topics will be relevant also to the practice of Ombuds in other fields.

Those is Australia and beyond might find this interesting. This bill was introduced into Parliment July 16th as method to promote ADR services instead of litigation.

From the article (which gives some great information, I suggest reading it here):

(Herald Sun) A new book by an Australian expert on bullying in schools has set out six methods used by teachers to tackle this scourge of the playground. Bullying Interventions in Schools: Six Basi…

A new book by an Australian expert on bullying in schools has set out six methods used by teachers to tackle this scourge of the playground.

Bullying Interventions in Schools: Six Basic Approaches by Dr Ken Rigby explores traditional and contemporary ways to prevent and intervene in cases of bullying in primary and secondary schools.

...U.S. Senator Pat Roberts today said companion legislation to a bill he introduced to continue critical agriculture mediation programs passed by the House, was approved by the Senate and heads to the President’s desk to be signed into law.

The Difference between Settlement and Resolution

Have you ever "resolved" an issue, only to have it rear its ugly head months, even years later? I recently met with someone who was involved
with a past conflict, and found that the interaction triggered
unanticipated anger, hurt and other emotions. The relationship, which I
had tried to keep intact, had a tail of lingering bad feelings. Why… Continue