Hello or more appropriately buenos dias from Barcelona, Spain. I really should be saying that in Catalan though!

I have been here for over a week thanks to the New York Interfaith Center, the NYPD and UNESCO-CAT.

I am part of an interfaith delegation from New York as part of a three year, three city trip between New York City, Barcelona and Glasgow. I was invited by the Interfaith Center of New York because of the conflict resolution and interfaith work I do on behalf of… Continue

As a student of ADR, I am constantly looking for the next opportunity. How else can we bring the message to the people? Every week, when I sit down to write this blog, I recall things that occurred throughout the week, any current events to conjure up ideas. In the spirit of cyberweek I thought it would be appropriate to discuss my thoughts on cyberbullying, and ADR's opportunity to help such a travesty.

As I look back at my childhood, I can't really remember if I was ever bullied… Continue

Kentucky's flagship public university has appointed Tony Belak, a prominent mediation and dispute resolution expert, to head its Office of the Ombuds. Belak will take over from Dennis Hall, who has served as UofL's interim Ombudsperson since the office was established in 2009 in response to an embezzlement scandal involving a former dean and allegations of a broken grievance process.

As the Organizational Ombuds for UofL, Belak will provide… Continue

Education Law Expert Explains Why Schools Should Have Ombuds Programs

Education Law Expert Explains Why Schools Should Have Ombuds

In an article for the American School Board Journal, Edwin C. Darden says that, "one important way school districts can help residents feel heard is to appoint an official ombudsman." He notes that most school Ombuds work in large, urban…
Continue

It happens to the best of us. At the most inopportune time, you hear a knock at
yo

ur door, or a ring from your phone. A salesman. In my case last Friday night, it was a Kirby Vacuum Salesman. With a little smooth talk and a promise for a free room cleaning I let him in. What the heck, I was going to be cleaning for company coming soon anyway so I might as well let someone else do it right? Being a salesman myself I also like to hear a different sales pitch every so often. As he… Continue 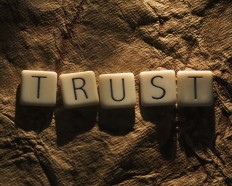 On the eve of the 12th annual Cyberweek conference on Online Dispute Resolution (ODR), it is important to take some time and think about the necessity of trust—a critical component of the parent ADR recipe. People may enter online engagements with more apprehension than face-to-face (f2f) interactions due to the uncertainty and unfamiliarity with a virtual process.…
Continue 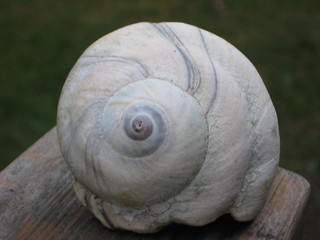 The main benefits of the mediation process are to move the situation forward and to generate solutions that work!…

Bringing mediation to the Mainstream

With the advantages of mediation and other ADR processes, I often wonder why it is not more popular. I think it would be fair to say that most people know about mediation through tabloids and movies. When I explain to people what I am studying, I am often asked if its like the beginning of the movie Wedding Crashers. In fact, just this week I had three friends say they thought of me after watching a parenting plan mediation take place on MTV's… Continue

I came across a post by Steve Mehta detailing his quest to go paperless and how the iPad is helping. He lists some apps (applications) which he uses which helps him with his mediation and law practice.

Various news agencies are reporting that BP will shutter its Office of the Ombudsman effective June 2011. The decision comes less than two weeks after the petrochemical giant announced it was setting up a new, beefed-up internal safety function and months after the company denied targeting the Ombuds for closure.

A BP spokesperson defended the decision and said, "It has always been our intent to internalize the employee concerns process… Continue 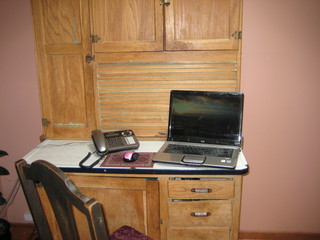 What is it?
Online mediation is a…
Continue

Are you listening with your whole body?

(originally posted at Absolution Mediation)
Are you always aware of the message you are sending someone while you are talking OR listening to them? I’m not. If I was going to be honest about it, I would say nobody is fully aware of it all the time. This isn’t really new news to anyone, but something that has caught my attention in the last week.
This week I read a post by Jeff Thompson… Continue

In the last week, I found myself stumbling on a variety of articles covering peace programs and conflict resolution efforts in the Middle East and Africa. The majority of the articles focused on organizations driven by democratic values that employed an array of intervention practices in order to cultivate and/or preserve democratization in volatile countries within these regions.

For example, the Carter Center was previously involved in the observation of Palestinian Elections. Acting… Continue