*Disputant teams are limited to no more than 2 members.

What types of cases will be used?
Disputes included in the competition may include workplace or small claims community disputes.

How will the competition be evaluated?
All communications will be judged on a scale of 1-5 by professionals within the eld of ADR. Once each transcript has been scored, the top 5 mediators and the top 10 parties will be announced.

Please feel free to contact Katrina at kn64@cornell.edu with any questions. Good Luck! 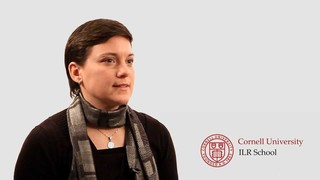 Katrina Nobles is the Education and Communications Manager for the Scheinman Institute on Conflict Resolution at the Cornell ILR School. Nobles works with faculty and extension associates to coordinate programs, contracts, and grants. She also assists in designing curriculum, instructing professional programs, and facilitating discussions for labor-management groups. She has practiced mediation for several years, and prior to her employment at Cornell, Katrina was the Cortland County Coordinator for New Justice Mediation Services. During that time, Nobles mediated hundreds of community, child custody/visitation, child support, and family disputes. Katrina holds a Master’s degree in Conflict Analysis and Engagement.

Lieutenant Colonel Todd's degrees include a Master in Science-Negotiation and Dispute Resolution from Creighton University; Juris Doctorate from The John Marshall Law School, Chicago, IL; and a Bachelor of Science-Business Administration-Central Michigan University.  He is also a member of the Illinois State Bar Association's Military Affairs Committee.

Lieutenant Colonel Todd lives in the Chicago-area with his wife and two children.