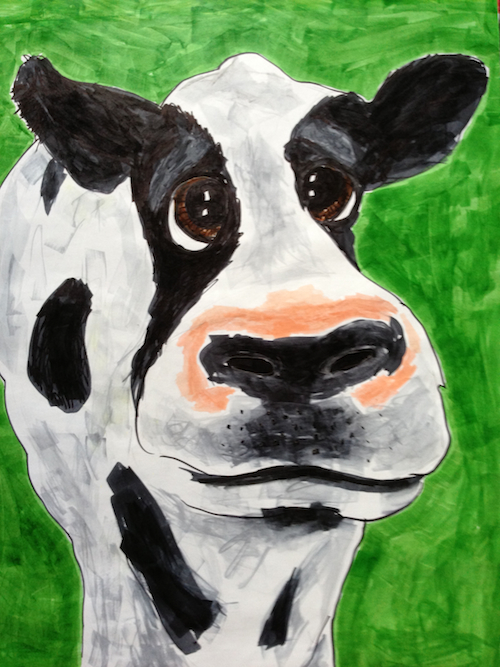 Folks, here's my (illustrated!) TEDx Talk  on Mindfulness in the Midst of Conflict at…

One day, I got a call from a client -- let's call him Phil --  who had been trying, with no luck, to find an attorney with experience with "monkey cases."  And he wasn't talking… My alma mater, Dickinson College, just published this article about me in its summer magazine.…

Today is Groundhog Day -- one of my two favorite rodent-based holidays.  And according to both Punxatauney Phil and Staten Island Chuck, spring…

Somebody give that buddha a tissue already. I confess that spirituality is not my strong suit. It's up there with sports in terms of admirable things that don't jibe with my addled attention span or intellectual bandwidth or skills.  No disrespect to either thing.  They're just not my jam.

However,  I'm ever so grateful for what various faiths have brought to the peacebuilding field. I was (unsuccessfully) raised Catholic, but I admit that the peace and forgiveness-themed… Spieling at the UN next Wednesday. Folks, I have the honor of giving a lunchtime presentation at the United Nations Development Program next Wednesday, November 14th.  Below is the flyer.  It's free, and you can come in person or call in. I teach a course at New York University's Center for Global Affairs called "How to Build Your Own NGO."  My aim is to provide students with practical, nuts and bolts skills they'll use in the non-profit sector, to augment their wingnut and screws theoretical learning. (I wrote more about…

Guest blogger Ashok Panikkar on the right to offend.

Here's a guest post from my friend and peacebuilding agent provocateur Ashok Panikkar, Executive Director of the Indian conflict resolution organization Meta-Culture.  I'm not sure I agree with everything he says below. But he is quite persuasive...even moreso in person, where he'll… This week we lost a great peacebuilding visionary and pioneer, Raymond Shonholtz.  I, along with many others, lost a friend, teacher, partner and mentor. As founder of Community Boards, Ray practically invented the modern community mediation center --  transforming the idea from a quasi-court apparatus to full-service hub for…

5 actors to not emulate in mediation. Developing one's voice as a mediator can be tricky business. Our personality, empathy, and humor should shine through with our clients...accompanied by a soupcon of acting.  Maintaining neutrality, suppressing your political/religious/personal views, and poker-facing the bizarre can…