Many times a month, I will be in a mediation and an attorney will tell me that “it must be so much less stressful to be a mediator than be in the practice of law.”  Often, I respond by saying that being a neutral can be harder than being an advocate.  Well recent research has affirmed this belief.  This research shows that a neutral disposition can have a substantial toll on the body.

A study conducted by researchers from Rice University, University of Toronto, and Purdue University found that people  who must avoid the appearance of bias – such as journalists, health care professionals, social workers, lawyers, and law enforcement – suppress feelings and emotions more than other service oriented professions. 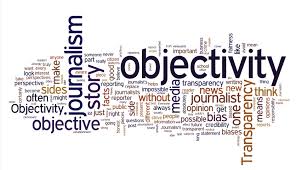 “Our study shows that emotion suppression takes a toll on people,” said Dr. Daniel Beal, assistant professor of psychology at Rice University and co-author of the study.

“It takes energy to suppress emotions, so it’s not surprising that workers who must remain neutral are often more rundown or show greater levels of burnout. The more energy you spend controlling your emotions, the less energy you have to devote to the task at hand.”

Another interesting finding was that clients who interacted with the “neutral” people gave lower ratings of quality of service and were less enthusiastic to the organization to which the employee belonged.  “When an employee is positive, it transfers to the client or customer they’re working with,” Beal said.

“Because of that good mood, the client or customer then would rate the organization better. But if an employee is maintaining a neutral demeanor, you don’t have those good feelings transferred. If an organization’s goal is to be unbiased, then that may trump any desire the organization has to be well-liked.”

According to the researchers, this study is the first of its kind to evaluate the effects of a neutral disposition.


The study confirms other studies that have found that exercising will power is mentally challenging and renders a person more susceptible to impulses.  Given that principle, mediators and neutral have to exercise a lot of self control in the mediation and arbitration process.  Unlike the advocates, they don’t have the luxury to advocate a position, and as such they use a great deal of mental energy.

I have found that after a particularly difficult mediation, I do not even have the willpower to go to the gym or to exercise – something I have promised myself to do daily.

Another interesting observation about mediation – as opposed to arbitration – is that being neutral doesn’t mean that a person cannot convey positive feelings to one side or another.  Neutrality doesn’t mean that you don’t express an opinion.  This is often a mistake made by recent mediators.  The reality is a jury or an arbitrator is supposed to be neutral, but at the end, they have to make a decision – which is theoretically no longer neutral because they are taking a side.  A mediator can be neutral and has to not take sides.  But that doesn’t mean that the mediator cannot recognize realities for both sides.  I often tell people that I look at all facts the same – I put them in the good facts category, or bad facts.  The process is neutral, the outcome can reflect reality.