In the following paragraphs, a brief case study will be presented which covers an incident during a basketball game run by a local recreational league for a community.

After the third quarter, two teams were deadlocked in a stalemate. The teams were exchanging leads, as well as a fair share of physical knocks. Tension continued to rise as the game approached the end of regulation. Neither team could find an edge over the other, but each was determined to win the game.

Play became more aggressive and knocks progressed to more physical blows. The referees were allowing the aggressive play to continue, remaining consistent on both ends. However, each team expected fouls to be called on the other team, but referees remained silent and frustration began to boil. 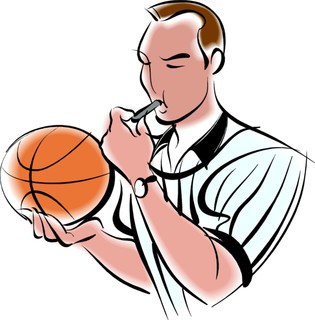 During the course of play, one player connected a significant and damaging elbow to the face of an opponent. The referees, finally, jumped in and ruled the act violent and intentional, handing down a Flagrant 2. A Flagrant 2 results in immediate ejection and possible suspension.

It was later determined that the player who received the Flagrant 2 would be suspended for the remainder of the season. Suspensions are handled by a board, comprised of administrators, and does not include representation from the referees or player captains from the subject game. The player who received the Flagrant 2 does not have an avenue of recourse or appeal. The players do not have an outlet to contest or provide feedback regarding the referee’s performance. And, the league does not monitor or track the frequency in which individual players receive Flagrant 2’s, ejections, and suspensions.

The recreational basketball league is based on a variety of rules, primarily adopted from the National Federation of High Schools and the NBA. However, the league does not have a system to manage disputes. As a result, there are a number of recurring dispute-related issues in this organization which go unanswered, such as:

Within the current system, communication gaps exist between the players and an understaffed administration. The administration is responsible for 270 teams and 5600 games over the course of a year, which further complicates communication due to the volume of disputes and a building backlog.
The league feels primed and ready for a dispute resolution system that can contribute to providing a safe, competitive, and fun environment. Here are some questions to think about and feel free to provide feedback below...