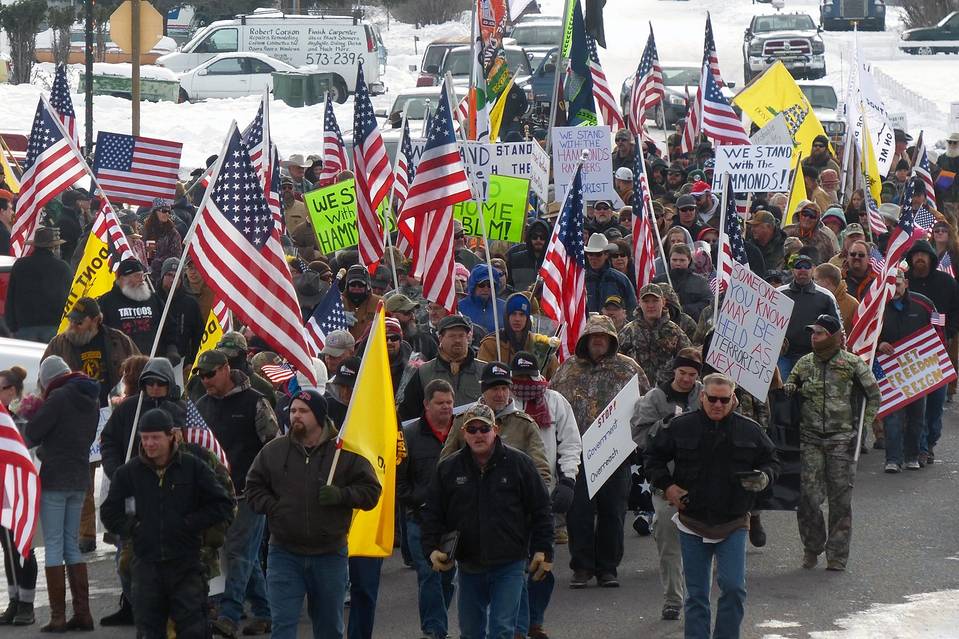 Oregon militia standoff: What should government do?

This weekend, armed antigovernment protesters took over a federal wildlife center in rural Oregon, saying they were willing to stay for years. The question is: What does the government do now?

The incident – the latest chapter in a longstanding conflict over federal land use in Western states that dates back to the Sagebrush Rebellion – points to an evolution in federal law enforcement's response after tragedies that resulted from similar standoffs in the 1990s, experts say. Since Waco and Ruby Ridge, law enforcement has learned to dial back its response, experts say.

But, they note, Saturday’s takeover also suggests federal agencies have yet to find the “sweet spot” when it comes to dealing with armed protesters under siege.

...“Police forces should use these kinds of techniques – outreach and engagement, talking to people, getting to know them...

By Samson Habte Dec. 11 — A client who filed a malpractice suit alleging his attorney mishandled the client's case while it was being mediated may introduce evidence of his private discussions with the lawyer outside of the actual mediation sessions, the Oregon Supreme Court declared Dec. 10.

The decision contrasts with rulings from other states where courts have found that their jurisdiction's mediation confidentiality statute prevents clients and lawyers alike from using mediation-related communications to prove or defend against a malpractice claim.

By NATALEIGH ROSS Since 2006, the Victim-Offender Mediation Program at the Center for Dispute Resolution (CDR) has aimed to reduce recidivism and increase restitution follow-through in the Springfield community.

The program at Missouri State University uses mediation between the victim and offender to come up with a restitution agreement. Dr. Charlene Berquist, director of the CDR, says that there is a big difference between the process they use and what happens in court-ordered restitution.

The fifth annual survey of the top stories about Organizational Ombuds

1. Realtors Go All In On Ombuds Scheme -- After a few years of local success, the National Association of REALTORS® decided that all of its state and local associations must have Ombudsman programs in place by January 1, 2016.   With one fell swoop, there are now hundreds of new Ombuds practicing across the U.S. However and despite thesimilarities between the NAR Ombuds and IOA models (both are informal, impartial, confidential) closely tracked the IOA Code of Ethics, there has been no collaboration between the two organizations. Moreover, most Realtor Ombudsmen are not trained by, or are members of, IOA. It's almost as if the NAR and IOA are deliberately ignoring each other.