In 2009, Lord Justice Wall of the British Court of Appeal took to verse to admonish a high-conflict couple. The couple, divorced in 2003, were litigating custody arrangements for their nine-year-old son. Lord Justice Wall expressed his concern about the "serious harm" to their child of their interminable litigation.

He cited the first four lines of Philip Larkin's famous lyric poem, "This be the verse":

They f*** you up, your mum and dad.
They may not mean to, but they do.
They fill you with the faults they had
And add some extra, just for you. (editor's redaction) 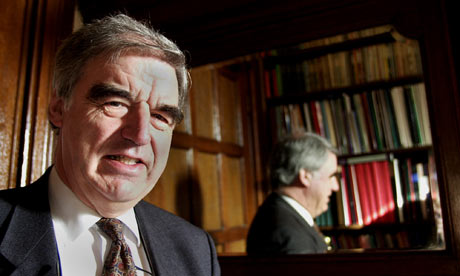 After reading the first stanza, Lord Justice Wall then said:

"These four lines seem to give a clear warning to parents, who, post-separation, continue to fight the battles of the past, and show each other no respect.

"Separated parents, in my experience, frequently fail to understand that their children love both of them, and have loyalty to both.other no respect.

"The fact that one parent has come to hate the other, or that both hate each other is no reason for the child not to love both and have loyalty to both.

"It thus poses the most enormous difficulties for the children of separated parents when each parent vilifies the other, or makes it clear that he or she has no respect for the other."

Warnings of this sort serve a purpose but generally do not change the behaviour of the parents. The conflict between Mother and Father has been, by this point, so exacerbated that they each see themselves as victims. They become so self-absorbed that they are frequently unable to appreciate words of wisdom such as these. What this means is they can't help themselves. Support offered by a transformative practitioner may be helpful to each of them in conversation to regain their strength of agency and to renew their capacity for openness to the other.