The new Online Dispute Resolution Working Group convened by Uncitral represents a major opportunity to move forward on the creation of a cross-border system for providing redress in Internet E-commerce disputes. For the first time in the history of alternative dispute resolution, there is a transparent, public dialogue with representatives from every major country aimed squarely at the creation of a world-wide dispute resolution system.  This is unquestionably an exciting opportunity.  Come discuss the progress of the Working Group with some of the people making it happen: John Singer from the US Federal Trade Commission, Vikki Rogers from the Institute of International Commercial Law, and Colin Rule of Modria.com.

Colin Rule is Director of Online Dispute Resolution for eBay and PayPal. He has worked in the dispute resolution field for more than a decade as a mediator, trainer, and consultant. He is currently Co-Chair of the Advisory Board of the National Center for Technology and Dispute Resolution at UMass-Amherst and a Non-Resident Fellow at the Center for Internet and Society at Stanford Law School.

Colin co-founded Online Resolution, one of the first online dispute resolution (ODR) providers, in 1999 and served as its CEO (2000) and President. In 2002 Colin co-founded the Online Public Disputes Project, which applied ODR to multiparty, public disputes. Previously, Colin was General Manager of Mediate.com, the largest online resource for the dispute resolution field. Colin also worked for several years with the National Institute for Dispute Resolution in Washington, D.C. and the Consensus Building Institute in Cambridge, MA.

Zbynek Loebl specialises in the field of Internet law and legal aspects of ICT and technology projects. He has focused on on-line dispute resolution in recent years. He is particularly interested in developing cross-border ODR infrastructure for e-commerce disputes and he proposed to develop an international ODR communication standard called ECRI (e-commerce resolution interchange). He is also active at UNCITRAL WG III which has been developing ODR Rules for cross-border ODR.

Zbynek managed a project on establishing a global centre for domain name dispute resolution (ADR.EU) of the Czech Arbitration Court. ADR.EU is an online UDRP provider as well as ODR provider for .eu disputes and .cz disputes. Before focusing on ODR, Zbynek has represented large Czech and international companies and public authorities in the negotiation for significant IT contracts in the Czech Republic and abroad and was active in all aspects of Internet law. He is a Panellist of ADR.EU for disputes related to .eu domain names and in standard arbitration proceedings. He is an active member of the IP Constituency of ICANN. 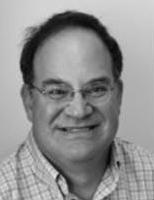 Mr. Singer has a B.A. from Wesleyan University and a M.A. in Economics and J.D. from the University of Maryland.  Before joining the Office of International Affairs, Mr. Singer was in the FTC’s Office of the General Counsel Office where he focused on appellate litigation.  Before that Mr. Singer was counsel to the FTC’s Director of the Bureau of Consumer Protection and an attorney in that Bureau’s Division of Marketing Practices.  Prior to coming to the Commission, Mr. Singer was a partner in a large Baltimore law firm.

Mr. Singer is a member of the Commission’s E-Discovery Task Force.  He also is an Adjunct Professor at the George Washington University School of Law, where he teaches Trial Advocacy. 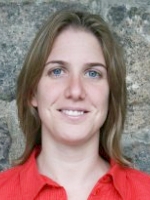 Vikki Rogers, is the Director of the Institute of International Commercial Law at Pace Law School since 2008. She maintains the award-winning online CISG Database.  Ms. Rogers has published and advised in the areas of international sales law and online dispute resolution (ODR) and is regularly invited to speak on such topics. Her current publications focus on international sales law, international consumer law, online dispute resolution (for domestic and cross-border disputes), and electronic and mobile commerce.  Ms. Rogers advocated for the adoption of the topic of ODR to a Working Group at UNCITRAL, and is an active participant and invited expert for the ODR Working Group that was established in 43rd session of UNCITRAL. Prior to her position as Director at Pace, she worked as an associate at Mazur, Carp & Rubin, PC, and Shearman & Sterling (New York and Germany), focusing her practice on construction law arbitration and litigation, both domestic and international. She was also an international case manager at the ICDR at the AAA in New York, and has worked as a research fellow at the Universities of Heidelberg and Cologne in Germany.  She has taught International Arbitration at Villanova Law School and Introduction to US Law at the University of Heidelberg.  She currently teaches a CISG seminar at Pace Law School and the International Arbitration Practicum at Fordham Law School.  Ms. Rogers is a member of the Arbitration Committee of the NYC Bar Association and an Editor of the UNCITRAL CISG Digest [2011 edition].  She earned a BA from Syracuse University, a J.D. from Pace Law School, and a Master of Studies in Environmental Law from Vermont Law School. To dialogue with Vikki Rogers by e-mail, click here.

Permalink Reply by ADRhub.com - Creighton NCR on October 20, 2011 at 8:17pm
**INSTRUCTIONS FOR ACCESSING THE LIVE WEBINAR**

Permalink Reply by Bryan Hanson on October 27, 2011 at 7:49pm
Hello All, this webinar will now take place at 1pm Eastern time making it the same as all of the other daytime webinars this week. The listed time is now the correct time. See you at the webinar! Bryan

Permalink Reply by Bryan Hanson on October 28, 2011 at 4:09pm
The archive for our final cyberweek 2011 webinar is now available for viewing. You will find it on the top of this page. Please have a look and feel free to continue the conversation within this forum. Enjoy!