My colleague Alan Gross and I have this ongoing banter about spoiler alerts.  We co-teach a mediation course at New York University's Center…

On candystores and mediation orthodoxy.

Yesterday I blogged about sugary cereals.  Here's more on the confectionary theme, and an explanation of the provenance of my own unmanageable sweet tooth.

My grandfather, Luther, was a Pennsylvania Dutch farmer, married to my…

This is (somewhat) embarrassing:  When I was really poor and had too much time on my hands, I got in the…

As I'm writing this, we're awaiting isolated tornadoes within Hurricane Irene...and we just had an earthquake.  Let's hope the first two ingredients of this meteorological turducken are mild as the third one was.

I've blogged before about the diversity of professions and personalities amongst New York Peace Institute mediators.  I don't think I mentioned that our mediator pool is predominantly female.  My mediation center comrades at home and abroad report that same is true with them.

Explanations for this phenomenon have…

So I emerged from the subway on Tuesday to see the streets jam-packed with people standing still, infused by a vibe I couldn't quite put my finger on...an admixture of low-level panic, consternation, solidarity, and an odd hint of celebration.  It was evocative of a Japanese monster movie streetscene, with choreographed crowds gawking in awe and horror at an enormous…

On Lasik Surgery and Mediation.

Five years ago, I saved up enough scratch to get Lasik surgery and said adieu to my coke-bottle lenses forevermore.  On the whole, I'm delighted with the results, mainly because I can see better.

But there are two drawbacks: 1) I kind of missing wearing my nerdy-chic glasses and 2) I used to enjoy taking my…

When choosing a logo for the New York Peace Institute, we insisted on avoiding the commonly-used images of our field...so, ixnay on the doves, peace signs, roundtables, and handshakes. (We did toy with the idea of a peace pigeon...a scrappy urban bird gobbling an olive branch).  We wanted to carve out our own identity --and…

Ever wonder why lobsters and scorpions look so much alike?

It's all about parallel evolution -- when different species evolve similarly. So, though lobsters and scorpions shared a common exoskeletal ancestor, they separated eons ago -- one chose to chill on the ocean floor, the other opted to kick it…

A Muslim, a Sikh, a Hindu and a Buddhist walk into a Mediation Center...

You may remember the Seinfeld episode in which George, for ulterior motives, attempts to convert to the Latvian Orthodox religion.  The priest, attired in somber black vestments and a trapezoidal headpiece, asks George why. I like the hats? was the best he could come up with.

New York is chock-a-block with different faiths and cultures, but we often don't know much more about…

I had just moved into a ramshackle shoebox in New York's East Village, a neighborhood slouching toward gentrification while nostalgically clinging to its gritty bohemian 1980's past. People were starting to pay top dollar to move into the very tenements their immigrant great-grandparents couldn't wait to get out of.

In New York, the word "super" can be an oxymoron.  Short for…

Peace Mensch of the Month.

One thing I love about New York City is that we throw lots of Yiddish words into everyday conversation.  I moved here around 18 years ago, and I regret spending a childhood devoid of words like schvitz, schande, kvetch, kvell, nudnik, schmooze, macher and mishegas.  How on earth did I manage communicate?  (I did know some analagous Pennsylvania Dutch words -- yooks, gretz, rootsch, schlumpet…

On Miles Davis and Mediation

One of the hardest things to deal with in mediation, or in every day conversation for that matter, is silence. Venting, cursing, rambling, rattling on, this we can handle -- we can reflect, reframe, summarize, repeat, validate -- you name it.  But pregnant pauses, awkward silences, teenage sullenness, hangdog moping --…

I'm a visual learner with a limited attention span, and I like to draw.  So, when I teach and train, I use cartoons, visual metaphors, and pop culture references as (hopefully) entertaining mnemonic devices.  Above is a picture of me spieling about Community Cooperative Advocacy (more on that in an…

Lost in Translation, Sofia Coppola's 2003 meditation on isolation, loneliness, and the need to connect, features Bill Murray as a sadsack actor who's in Japan to film a lucrative whiskey commercial.  There's a great scene in which Murray receives long, elaborate, instructions from an impassioned Japanese director which are translated into absurdly short, enigmatic phrases.  Have a…

Falk Yes! What 1970's TV Detective Columbo can teach us about mediation.

Peter Falk left this mortal coil on June 23.  Mostly known as the schlumpy, deceptively dim Detective Columbo in the eponymous 1970's TV series, he also had an admirable film career.  He was superb in John Cassavettes' Husbands and A Woman Under the Influence...movies that out-indie today's…

I moved to New York City's East Village 18 years ago, long after its gritty punky heyday. While I missed out on the Ramones and the Talking Heads gigging at CBGB's, the hood was still a cauldron of art, music, fashion and activism, with just a soupcon of edgy danger.  It's now widely regarded as a cliché of New York City gentrification.  Today, CBGB's is an unaffordable (for… 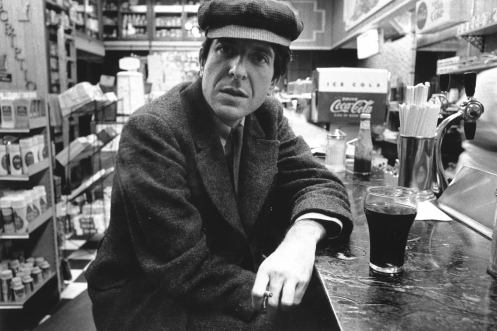 There is a crack in everything.  That’s how the light gets in.  –Leonard Cohen

I was delighted to see this quote in The Crossroads of Conflict: A Journey Into the Heart of Dispute Resolution by Ken Cloke, the brain and soul behind Mediators Beyond Borders, inter alia.

Canadian song-poet Cohen is one of those…

The Beatles and Conflict Styles Growing up, I was such a Beatles nerd.  I turned 13 the year John Lennon was assassinated.  I was grateful for being diagnosed as nearsighted that year, because I got my parents to buy me Lennonesque glasses (which I later exchanged for Elvis Costello specs).