Online Dispute Resolution (ODR) is one of the hottest areas in conflict resolution right now.  From the ODR Working Group in the United Nations, to the European Union's regulation requiring all member states to adopt ODR by 2015, to British Columbia's new law calling for ODR in small claims courts, ODR is everywhere.  As our society gets more networked, dispute resolution is moving "into the cloud" -- and parties expect to be able to use the same technology tools that are part of their everyday lives when they confront their conflicts.

This year at the ACR conference we're going an in-depth, intensive ODR workshop to get you up to speed.  Presented by Colin Rule, Pamela Donison, Katrina Everhart, and Joy Meeker, this session will cover all the bases with ODR and prepare you for integrating the latest techniques into your conflict resolution work.  No previous technology experience is required -- this isn't a session only for techies. 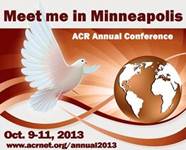 Join us in Marquette I, 2nd Floor Meeting Room, on Wednesday, October 9th.  We hope to see you there!

Colin Rule is COO of Modria.com, an ODR provider based in Silicon Valley.  From 2003 to 2011 he was Director of Online Dispute Resolution for eBay and PayPal. He has worked in the dispute resolution field for more than a decade as a mediator, trainer, and consultant. He is currently Co-Chair of the Advisory Board of the National Center for Technology and Dispute Resolution at UMass-Amherst and a Non-Resident Fellow at the Center for Internet and Society at Stanford Law School.

Colin co-founded Online Resolution, one of the first online dispute resolution (ODR) providers, in 1999 and served as its CEO (2000) and President. In 2002 Colin co-founded the Online Public Disputes Project (now eDeliberation.com) which applies ODR to multiparty, public disputes. Previously, Colin was General Manager of Mediate.com, the largest online resource for the dispute resolution field. Colin also worked for several years with the National Institute for Dispute Resolution (now ACR) in Washington, D.C. and the Consensus Building Institute in Cambridge, MA.

Colin is the author of Online Dispute Resolution for Business, published by Jossey-Bass in September 2002. He has contributed more than 50 articles to prestigious ADR publications such as Consensus, The Fourth R, ACResolution Magazine, and Peace Review. He currently blogs at Novojustice.com, and serves on the boards of RESOLVEand the Peninsula Conflict Resolution Center. He holds a Master's degree from Harvard University's Kennedy School of Government in conflict resolution and technology, a graduate certificate in dispute resolution from UMass-Boston, a B.A. from Haverford College, and he served as a Peace Corps volunteer in Eritrea from 1995-1997.