Hire Me: I’m Really Good at Summarizing
What are the odds of me being hired if this was my big selling point as a professional mediator?  Think about it, you really do want to be a good summarizer, right?
Of course this is absurd to think this would be a top selling point when promoting yourself but it came to mind when something else, equally or perhaps more absurd was presented to me.
As mediators, an important tool (and I mean literally here, not the “Mediator’s Toolbox” sense) is a pen.  Based on informal conversations I had with other mediators, I am not the only one who puts lots of effort in their pen selection.  Of course there are some that laughed while saying a pen is just a pen which got me to thinking if there mindset on pens is so flawed, what kind of mediation skills could they have??
As my favorite pen was beginning to go low on ink, I embarked on going to the local store to get a new one.  See, I was planning ahead, when the current one runs out of ink, I will have the other one available right away.  As I searched, the first two stores were sold out.  This allowed my ego to become slightly larger as I now began to think that I am in good company and have good taste in pen selection as they are sold out in two places while the regular run of the mill pens were abundantly available.  Think about it, who needs a discerning mind for wine selection when pen selection is much more important?
Anyway, on attempt number three, I found my pen.  My joy was short-lived and was replaced with confusion as my ever-discerning mind reviewed the packaging to see what it had to say (perhaps insight as to why it is the best pen in the world) and I see the following as the main marketing reason, at least from Bic, as to why this pen is so good: 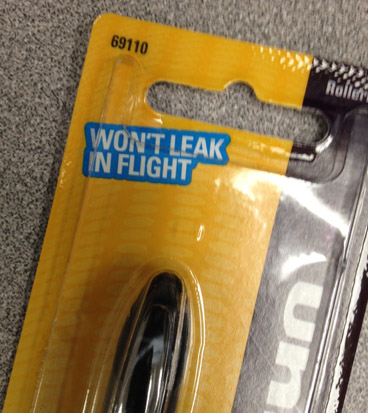 Yes, it won’t leak in flight.
Now I travel fairly often each year and all of my concerns (crashing into water, missing my connection, not being offered a drink with my meal, jockeying over the arm rest with a stranger, etc.) never once, not once did I ever (EVER!) think about my pen leaking mid-flight, early-flight, or as towards the completion of the flight.  Does this constitute an epic marketing failure?
This brings me back to mediation and marketing.  Take a brief moment to consider, even if your mediation business is a raging success (or not), is it despite your marketing or because of it?