The effect of technology on addressing emotions in dispute resolution: using the right tools for the job


Addressing emotions is often a key aspect to resolving a dispute. Dispute resolution professionals have a variety of tools and techniques at their disposal for addressing emotions.  How does technology affect the process?  How can one address emotions with the various platforms available? Knowing how each platform (text, voice, video, avatars) will affect the parties and their emotions is important for a dispute resolution professional.  Strategic use of a platform can enhance this aspect of a case. Since technology is constantly evolving what might we expect in the future?

Here are some prompting questions to consider when coming to the webinar:

1. How does the format (text, voice, video, etc) affect the result of an online mediation?

2. As a person engaged in online mediation, how have the emotions of all parties involved influenced the outcome of that mediation?

3. When conducting online mediation and negotiation, what strategies have you found helpful to address elevated emotions during these activities?

4. How has the use of online platforms limited you or helped you when you have encountered intense emotions during past online meditations or negotiations?

Please CLICK HERE to listen to some comments by Eileen Barker that will help prepare you for the webinar.

Sam EDWARDS, J.D., LL.M, Associate Professor of Environmental Law and Policy, has been teaching negotiation at the graduate and undergraduate levels for over ten years.  From 2002-2007 he taught at Nagoya University's Graduate School of Law in Nagoya Japan.  Since 2007 he has taught at Green Mountain College in Vermont.  Sam has an LL.M. in international environmental law from Nagoya University Graduate School of Law and a J.D. from Lewis & Clark Law School.  Sam has passed the bar exams in California, Guam, The Commonwealth of the Northern Mariana Islands, and Yap State in the Federated States of Micronesia.  His research stems from his work in Micronesia, Japan, and Africa.   Sam's e-mail is:  edwardss@greenmtn.edu.   http://sam3.pbworks.com/ 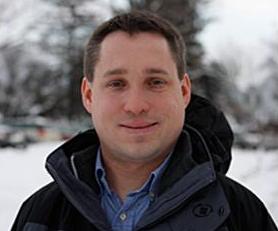 Vance’s teaching and research interests focus on ways that people interact with the social environment around them.  Specifically, Vance is interested in examining ways that negative attitudes, stereotypes, and systems of privilege affect traditionally marginalized populations.  In addition, he is interested in examining how gender stereotypes influence the workplace.  Vance teaches numerous courses that explore ways that culture influences our daily lives.

Eileen Barker is a mediator based in San Rafael, California.  Since 1991, she has mediated hundreds of cases in a wide range of subject matters including business/commercial, employment, trade secrets, real estate, partnership, personal injury, probate and family/divorce.  In addition to teaching at the Werner Institute, she has taught negotiation, mediation , emotional intelligence and forgiveness at U.C. Berkeley School of Law, Hastings College of Law, Sonoma State University, John F. Kennedy University and elsewhere.  For more information see Barker-Mediation.com and ThePathofFrogiveness.com.

Colin Rule is Director of Online Dispute Resolution for eBay and PayPal. He has worked in the dispute resolution field for more than a decade as a mediator, trainer, and consultant. He is currently Co-Chair of the Advisory Board of the National Center for Technology and Dispute Resolution at UMass-Amherstand a Non-Resident Fellow at the Center for Internet and Society at Stanford Law School.


Colin co-founded Online Resolution, one of the first online dispute resolution (ODR) providers, in 1999 and served as its CEO (2000) and President. In 2002 Colin co-founded the Online Public Disputes Project, which applied ODR to multiparty, public disputes. Previously, Colin was General Manager ofMediate.com, the largest online resource for the dispute resolution field. Colin also worked for several years with the National Institute for Dispute Resolution in Washington, D.C. and the Consensus Building Institute in Cambridge, MA.

Permalink Reply by ADRhub.com - Creighton NCR on October 20, 2011 at 8:09pm
**INSTRUCTIONS FOR ACCESSING THE LIVE WEBINAR**

Permalink Reply by Bryan Hanson on October 26, 2011 at 8:34pm
Everyone should listen to this wonderful presentation. It is now uploaded and ready for viewing at the top of this page. I am sure there is plenty more questions and comments that you all have. Please feel free to continue the discussion here. Enjoy!

I found this webinar interesting because I agree that technology supplies us with so many tools, and as mediators we need to pick the correct ones to deal with any given situation. I feel that the example of the E bay and Skype was a great one. Additionally, I find it a good idea to impart on mediators that although in a traditional mediation setting the mediator decides who will sit where, in ODR the parties actually do the positioning; that is, deciding what tool will be used.  Dr. Warters also brought up a great point during this webinar. With ODR how is confidentiality protected? With traditional mediation the notes taken are destroyed and the parties informed about confidentiality, however with the internet we all know nothing is ever destroyed. Something to think about.