Although the election is over, it is now time to figure out what to do next. Therefore the question of the week asks

How can conflict specialists best manage their own emotions when engaging in difficult conversations? 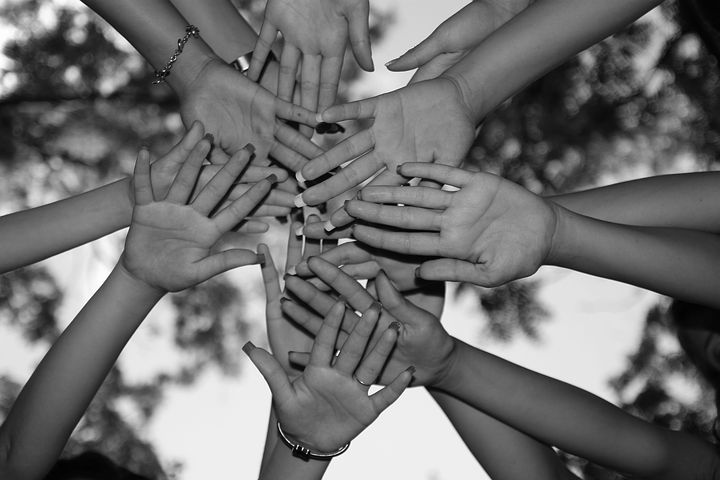 Amanda Blanc has been spreading kindness this election season with yard signs that include a short yet important message.

Blanc, who lives in Sacramento, California, made the signs after getting inspiration from a local Facebook group. She finally settled on a phrase similar to Donald Trump’s campaign slogan, but with a tiny twist: “Make America Kind Again.” To see the sign and learn about how its popularity in the US, click HERE.

After weeks of reopened negotiations between the Colombian government and the Revolutionary Armed Forces of Colombia (FARC) in Havana, rights groups are celebrating the decision to keep the original gender focus in a new, revised peace agreement.

The first peace accord to end the country’s 52-year guerrilla war was narrowly rejected by Colombian voters in a referendum on Oct. 2. After reviewing some 400 proposals from the opposition, religious leaders and other civil society groups, the two sides announced on Saturday that they have agreed on a host of modifications to the original deal.

“We have reached a new final accord to end the armed conflict that integrates changes, precisions and proposals suggested by the most diverse sectors of society,” the two sides said in a statement. Learn about the accord HERE.

Shoplifting may seem harmless enough, but it can stick with the offender for the rest of their life.

According to WLTX, a shoplifting conviction goes on an offender's permanent record and can hinder employment and financial opportunities. Even more, it takes resources away from retailers — costing them billions of dollars a year — and time away from police departments.

Taking all of these points into consideration, Walmart has come up with a new plan.  Intrigued yet? Click HERE to find out more about this plan (hint: it has to do with restorative justice!). We Have to Talk: A Step-By-Step Checklist for Difficult Conversations

Think of a conversation you’ve been putting off. Got it? Great. Then let’s go.

There are dozens of books on the topic of difficult, crucial, challenging, fierce, important (you get the idea) conversations. (In fact, I list several excellent resources at the end of this article). Those times when you know you should talk to someone, but you don’t. Maybe you’ve tried and it went badly. Or maybe you fear that talking will only make the situation worse. Still, you feel stuck, and you’d like to free up that stuck energy for more useful purposes.

What you have here is a brief synopsis of best practice strategies: a checklist of action items to think about before going into the conversation; some useful concepts to practice during the conversation; and some tips and suggestions to help you stay focused and flowing in general, including possible conversation openings.

After this past week, I can think of a lot of difficult conversations I would rather avoid. In the same boat? Click HERE to learn how to start those tough conversations.

What is Workplace Violence & How to Craft a Policy

According to the Occupational Safety and Health Administration (OSHA), approximately 2 million employees are victims of workplace violence each year. Eighteen percent of violent crimes are committed at the workplace, and roughly 800 workplace homicides occur each year.

Click HERE to learn more about the causes of, costs of, and  how to develop policy that addresses workplace conflict.

Running a successful dental practice is about more than being a great dentist, but what does a successful dental practice actually look like to you? Is it a practice that is thriving financially? One with satisfied patients who actually look forward to maintaining their oral health in partnership with you and your team? Where your team (including you) is cohesive, productive, and happy to come to work every day? These are not mutually exclusive concepts-in fact, a truly successful practice relies on these interdependent components being equally healthy.

While you can improve the success of your practice by streamlining financial practices or developing better patient-care programs, focusing on internal team dynamics pays dividends across all three of these important areas. Research on organizational leaders indicates the majority of workplace problems comes down to people issues, with a strong correlation between quality of relationships at work and overall productivity and performance.1

In a 2008 study, consulting firm CPP Global estimated that US employees spent almost three hours per week dealing with conflict, at a huge cost to businesses. Find out how to better manage conflict in your organization (dental or otherwise) HERE.

Most violent conflicts in today’s world are civil wars between communities, rather than wars between independent states. Many of these armed conflicts are protracted and are often sustained by arms supplies from foreign countries. These civil wars cause severe humanitarian crisis, such as mass murder of innocent civilians, non-combatants and ethnic or religious minorities, indeed developments that can prompt the international community to consider humanitarian intervention. Overwhelming arguments have been made in academic circles, focusing on the question of who should intervene, as well as when and how. A long-term commitment to conflict prevention and social reconstruction is crucial for successful intervention.

The arguments relating to humanitarian intervention have encouraged a reconsideration of the principle of state sovereignty and non-intervention in domestic affairs. It has been argued that the cost and benefit of the non-intervention principle can be re-examined, even revised by applying ‘the just war ethic’ from the Christian tradition. Military intervention, masquerading as humanitarian intervention must be the last resort and has to be conducted with the sanction of the Security Council and with restrictive use of coercive force. All efforts should be made for peaceful settlement, based on diplomacy and other non-intrusive methods.

Conflict-prevention as policy has a moral and political appeal. Find out strategies and benefits of conflict prevention HERE.

Review: 'Moonlight' is a modest masterpiece, and quite possibly the best film of 2016, by Steve Persall (11/15/16. Tampa Bay Times) Click HERE to read the review.