What if you don’t have 10 hours to spare for a three-minute speech to City Council or the state Legislature? Chances are you might not get your voice heard in a policymaking or public policy dispute resolution process. How can technology further democratize our consensus building processes? What tools have you developed, used, or seen that can be effective? What are some of the ethical and other considerations? 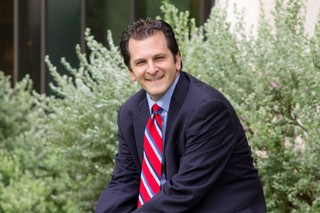 Larry Schooler manages community engagement, public participation, and alternative dispute resolution projects for the City of Austin, Texas, where he conducts small and large group facilitation, strategic planning, collaborative problem solving, consensus building, and mediation sessions. Larry also works as a mediator, facilitator, and public engagement consultant for outside clients. He on the dispute resolution faculty of Southern Methodist University and is former president of the International Association for Public Participation (IAP2-USA). His work has been featured by a variety of organizations and publications, including Governing Magazine and the National League of Cities. Larry mediates disputes between military personnel and civilian employers for the U.S. Department of Defense. He serves on the board of Interfaith Action of Central Texas (iACT) and has volunteered with Mediators Beyond Borders; the Association for Conflict Resolution and Big Brothers Big Sisters, among others. Larry holds a master's degree in conflict analysis and resolution and is pursuing a doctorate in the same field, along with a bachelor's degree in history. He is the author of a manual entitled "The 'Public' in Public Policy: Keys to a Successful Community Meeting" and a forthcoming book on the first Truth and Reconciliation Commission in the United States.

On election day I admit I am wondering mostly about security, to ensure each voice is linked to one citizen. For example, the recent Amazon legal case may help preserve the integrity of this issue, in that Amazon is pushing back against fake reviews, including purchased reviews to drive volume of plus or negative ratings of books. It would be fabulous to find a way to have verifiable dialogue!

Interesting, Teresa!  Can you say more about what verifiable dialogue looks like to you?

Well, for example, Amazon is suing parties that make a business of posting fake reviews of books and products either for pay or for sport. Although an extreme example, it seems like influencing the weight of preferences in these dialogues could become a business, as amazon has for PR firms promoting books.

That said, I find it so exciting to think that Texas is devoting attention to giving a voice to people who may not attend meetings or forums where citizens express their thoughts. It's not just a way for government to hear and respond better in sync with citizens, but also for citizens to hear each other and have more information for the context of their concern. I've been thinking about your program ever since attending and been pretty amazed. It's great.

Yes, I would think you're right--we struggle all the time with the  balance between the benefits and pitfalls of the relative anonymity of online or technology-driven dialogue.  I tend to think that even though people might be easier to identify in person than online, they can still make up any name they want, as they can online.

Thank you so much for your kind words!

Great webinar yesterday with Larry Schooler. Love seeing some of the newer tools, and how the "community cable tv" type space inhabited by Wayne's World can also become such a central hub for public discussion and information sharing.

Regarding the broad questions for this forum, it seems like the term "public" in public policy is shifting as quasi-groups of online actors create new "publics" that care about certain concerns and not others, including protecting aspects of their online culture and freedoms. In her book It's Complicated, dana boyd explores the various "publics" that teens move among, and the challenges when one group bleeds over into another with different rules and expectations of privacy or modesty.  One interesting sign of the times here is the way that when Obama first came into office, they did an online open gov "poll" of issues that the people wanted him to work on, and folks were embarrassed when the top issue was legalizing marijuana, not some other "more serious" public concern. Now, 6 years later, half the country has moved to support medical marijuana and states are beginning to even legalize recreational use.  Perhaps the government shouldn't have been embarrassed re their early poll, but rather grateful to be able to see where the winds were blowing in public opinion and social policy.

So, online tools make the involvement of online groups in decision-making, and some groups are more skilled or experienced in expressing their views, and we'll need to begin to think about training people for public engagement in new ways.

I think that's true, Bill.  We need to develop some specialized training in online moderation and facilitation to enable those conversations to be most productive and technically glitch-free.

Last year there was a "Democracy Challenge" event where folks were encouraged to develop projects that could help strengthen our democracy and civility in the public space. I spent part of my summer developing a website promoting the increase of democratic practices and conflict resolution within education. It includes a animated bicyclist navigating some of the challenges of public discourse. This project may be pretty far afield from public policy dispute resolution, but I think developing a civic engagement culture is important, and the site hopefully is a fun and encouraging portal inviting people to consider how they might engage in the teaching and day-to-day practice of democratic participation. See it online at Democracyis.us Sad to say, it didn't win in the contest, but the young poet and rapper who did was inspiring and the challenge motivated me to learn some new coding skills and think about the big picture more.

Be sure to check the resources link and the timeline of nonviolent history wherein people have changed the course of things via public nonviolent actions.

Bill - this website looks great, animation included. Did you attend Larry Schooler's presentation yesterday about the TV Townhall? It was a lot more along the lines of what your website is seeking to do - you might reach out to him about your shared goals and work.

Oops. You were contacting Larry Schooler. Sorry. I was in several chats at once. Mea Culpa.

Thanks Teresa. I appreciate the praise for democracyis.us and the desire to connect me with folks interested in similar ideas. I did make the webinar, so I too am thinking in new ways about public engagement. Good having you in the Cyberweek forums!