LIVE WEBINAR: Social Media & Crisis/Hostage Negotiations: A Review & How It Applies to Everyone

Social Media & Crisis/Hostage Negotiations: A Review & How It Applies to Everyone

Law enforcement crisis and hostage negotiators are conflict resolution experts working in situations that are intense, emotionally charged and potentially volatile.  The negotiator needs to have the ability to use a variety of skills in order to establish communication with the person who initiated the incident.  The method of communication has increasingly become diverse and an emerging factor that increasingly must be accounted for is the role technology plays during the incident.  Technology, such as social media platforms including Facebook and twitter, as well as text messaging have all played a role in recent events.

For this forum's discussion consider addressing any of the following questions or feel free to comment on something else:

1) How should technology be addressed in mediation and negotiation trainings?

2) What type of protocols should be in place for law enforcement crisis/hostage settings that can account for the (potential) impact of social media?

3) How can rapport and trust be developed through social media means?

4) Based on any of the examples given during the webinar, what recommendations would you make for law enforcement agencies?

5) Do you have experience mediating or negotiating with social media or internet technology?

Jeff Thompson is a certified international mediator and law enforcement detective. Jeff is currently conducting research as a Research Fellow at Columbia University Law School. Jeff is the co-chair of the Crisis Negotiation Section of the Association for Conflict Resolution.

Jeff is also currently a PhD candidate at Griffith University Law School and received his MS in Negotiation and Dispute Resolution from the Creighton University School of Law. He has presented and trained on the topic of conflict, mediation, communication and nonverbal communication internationally across the world for a variety of professionals. 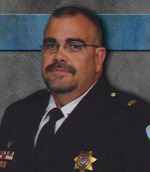 Lt. Mark Lowther is a US Marine Corps veteran. Lt. Lowther started his law enforcement career in 1989 with the Weber County Sheriff's Office (Ogden, Utah). His background is varied and diverse. He has served as a SWAT hostage negotiator since 2002. He has served on two Metro SWAT teams as a negotiator. Lt. Lowther has functioned on all levels of negotiations from tech to negotiation team leader. He has personally been involved in numerous hostage/ barricade incidents.Lt. Lowther was involved in one of the first known hostage negotiations involving social media.

In addition to his duties on the SWAT hostage negotiation team Lt. Lowther has worked in corrections, patrol, detectives, vice/gangs, motors, and warrants. Lt. Lowther served as part of the Public Safety Law Enforcement Unit assigned to the 2002 Salt Lake Winter Olympics.He has also served on a federal task force as a sworn Special Deputy United States Marshall

Lt. Lowther is a member of the Utah Tactical Officers Association, National Tactical Officers Association, A lifetime member of the International Association of Hostage Negotiators. Lt. Lowther had an article on crisis negotiation published in NTOA's The Tactical Edge and Crisis Negotiator publications. Lt. Lowther has an extensive background and training in mental illness. He instructs law enforcement locally and nationally on law enforcement interaction with the mentally ill.

Lt. Lowther is currently assigned in the patrol division and is a precinct commander. He currently continues to serve as a SWAT hostage negotiator.

· When prompted, enter your name and email address, and click "Join". You do not need a password.

· If you have troubles with the link in this email, please cut and paste it into a new browser.

Permalink Reply by ermenegildo mario appiano on November 6, 2013 at 10:03am

are you sure about the GMT time?

7pm eastern is 5 hours before GMT I believe.

Hello all, the archive for this session is now available. Wonderful work by Jeff Thompson and Lt. Mark Lowther. You can view the presentation by simply clicking play on the embedded video player above. You may also continue the conversation in this forum by posting any thoughts or questions you may.

Jason, the archive is now up at the top of the page.