Lowballing the Public: Mediators serving without a binding ethics c...

Patricia M Porter- The practice of mediation is largely unregulated throughout the United States. In contrast to more formalized professions, such as nursing, social work, law, medicine or accounting, mediators generally have a fraction of the training, have no required ethics code, and no minimum quality testing. Dr. Goetzwill chronicle current efforts in voluntary mediator certification underway in California to raise the level of mediator education and training and require a binding ethics code to serve the public.

Brazil: Policemen trained on conflict resolution - Then go into Fav...

Samuel Bakion- Although this was written in 2011, this is still a big step for Brasil. The national police have a history of being violent and overbearing. This is interesting! I'm wondering how this complimented the Pacification of the Favelas (UPP).

From the Guardian article:

An escalation of murders, revenge killings and fire-bombings have prompted talk of a war between the police and gangsters. Favela residents and NGOs say the situation is now more tense than at any time since 2010, when the authorities began a "pacification" programme to regain control of communities from armed traffickers.

The government is expected to announce details of the military deployment in the coming days, before the expected arrival in June of hundreds of thousands of football fans, players and support staff for the seven World Cup matches that will be held in Rio.

The pacification campaign is a crucial element in the city's preparations for the tournament. Since it started, 38 police pacification units (UPP) have been established in favela communities, which are now occupied by more than 9,000 police...

Mediators Beyond Borders International (MBB) is running an Online A... 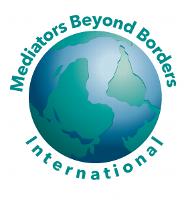 Starting on November 9th, 2014, Mediators Beyond Borders International (MBB) will be auctioning off over 100 fun and unique items to raise funding for the organization.

Get your Holiday Shopping done early this year! From the convenience of your home or office, you can purchase items well below their retail value and have them shipped to the address of your choice, all while supporting a wonderful cause!

Come back and visit us on Nov. 9th and start bidding on our amazing selection of Auctionable Items, all of which will be previewed on this webage in the early Fall!

ONGOING ACTIVITIES OPEN THROUGHOUT THE WEEK: