Dying with Dignity: Starting the Conversation to Close the Healthcare Gap

What constitutes a ‘good death’? How and where are people dying? Are the needs of the dying being met? How can we advocate for a “good death”? Considering we are all going to die and lose loved ones at some point in time in our journey through life, these are all important questions to explore. Recently there has been an increased emphasis on the importance of addressing healthcare…

A Moment of Patience

Some of my favorite posts springs from the ideas of others. This week’s thoughts are brought to you by my friend, Catherine.

Catherine has a delightful spirit filled with wonder and creativity. She is an artist and when you visit Catherine’s website, she proclaims: “ok, you spent years learning how to do this painting thing, now unlearn it…

Empowerment and Recognition Sweep the Nation

The “Other” Bill of Rights 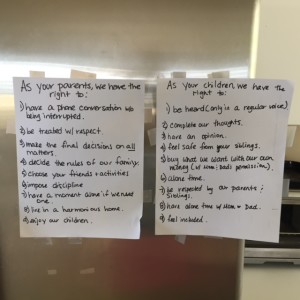 Now that summer is upon us, my children and I have had a lot of “together” time, to say the least. And, as wonderous and adventuresome the time can be, it can also be a challenge, as my three children would all be considered “high-maintenance.”

At my wit’s end, I drew up what I consider my “parents bill of rights” and, to be fair, I allowed…

The User-Friendly Divorce: Using Online Tools To Resolve Your Disputes All over the world, people think about divorce and do not know what to expect from the process, what they will have to arrange and how long it will take. This anxiety comes on top of the stress of the divorce itself, worries about the costs or accessibility. And the…

The old Virginia Street is currently being demolished. The grand dame of Reno has been working hard since 1905, allowing traffic to cross the Truckee River for over 100 years!. The bridge was showing signs of extreme wear and it needed to be replaced for safety reasons.

The bridge was on the National Registry of Historic Places and as such, the project to replace it…

There’s a new movie out–it’s called, “Aloha,” and I can’t wait to see it. After all, I love a good Hawaii movie, even more so now that I live here. Plus, it stars Bradley Cooper, and he’s kind of easy on the eyes!

So, you can imagine my horror when I heard that “many” people who live in Hawaii were offended the director chose the name, “Aloha” for the title of the movie. Then, a cultural advocacy group was offended there weren’t enough Asian Americans in… Persons aged 65 and older are the fastest growing part of the population, and many families confront sometimes difficult decisions about care-giving, housing, health care, estate planning, and end of life planning for aging parents and other family members. Bob…

What did you say?

Sometimes a picture is worth a thousand words.

There is a traditional Chinese character for the word “ting” which means “to listen.”

Its component parts exemplify the essence of good listening. That’s what I love about it.

First, there are the ears. You can hear without them. It’s more than just the words, though. What is…

Should You Be a Tattle-Tale?

I read an interesting book lately that turns a lot of parenting theories on their heads. And, one of the most compelling chapters had to do with tattle-taling (is that a word?)What I learned went against everything I used to believe as a parent. I was told that a parent shouldn’t allow tattle-taling at all. If a child is prone to tattle-taling, then, I have to shut it down. It’s wrong, I was told. And, I believed it.

However, the book really made a good…

"Who does he think he is?" and Other Things Mediation Clients Say

The transformative theory of conflict suggests that parties are generally struggling to regain a state of strength and responsiveness.  This blog entry gives some examples of how some statements by parties might be interpreted within the transformative framework.  You can read the article here. Louise and William's new book, Being Relational, details seven ways of being in relation to others that capture the heart and soul of all that is self-help, grounded in method, and supported by relational conflict theory and brain…

As long as I'm taking controversial peace and conflict topics on over social media, this one relates to the name of an important conflict role gaining traction over the past few years.

For a while, I used to think the term 'ombudsman' was just a term, and nothing to argue about.

Then, I thought that the fact that the 'man' in it does not indicate the male gender in the Swedish origin of the term was important. It's just a word, right? If it wasn't intended to differentiate,…

Control Your Emotions By Labeling Them…

I read an interesting article last year about women and decision-making.

Turns out that when stress levels are low and easily managed, men and women make decisions involving risk in a similar manner. They gather information, assess costs and benefits and choose a path of action.

We all know that pets provide companionship and unconditional love. But, did you know they can be ideal confidantes, too?

A recent article in the Deseret News cited a U.K. study showing that children facing a crisis at home are more likely to speak to their pets about it instead of with their siblings or peers.

Matt Cassels was the researcher behind…

Mediating the Aftermath of War

In the shadows of Bangui's National Forum, NGOs are doing the painstaking work of rebuilding CAR' social fabric. While at the national-level, delegates made police recommendations around such topics as peace and security, justice and reconciliation, governance, as well as social and economic development, at the community-level these problems are personal...Read…