When children enter this world, the adults greeting them have many assumptions already in place about their future. If the child has a penis, projections about masculinity-driven biological and societal experiences prevail, if the child does not have a penis, a…

When Impasse isn’t a Failure

I have heard several judges talk about the value of mediation. And most often it’s about the benefits of having parties sit down prior to going to court and coming to an agreement. Sure … this saves the court time and money and opens up the calendar for cases that really need to be litigated.

I have also heard some judges say… 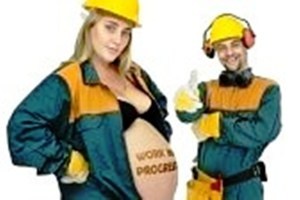 'The use of the comparative method requires knowledge not only of the foreign law, but also of its social, and above all its political context. The use of comparative law for practical purposes becomes an abuse only if it is informed by a legislative spirit which ignores the context of the law.'

[O Kahn–Freund, “On Uses and Misuses…

Second Chances–Do We Need Them?

Thank goodness for second chances! If no one gave me a second chance (in relationships, at work, etc.), I sometimes wonder where I would be. So, it’s always shocking to me how many people I meet don’t believe in second chances–at all.I find this especially common in parenting. When I met with families who were having parenting struggles, one common theme popped up again and again: many parents don’t give their children a second chance to prove _______(fill in the… Adolescent dating violence and teen dating abuse are real and deadly. Many parents and their teenage sons and daughters are unfamiliar with the red flags that signal a pattern of dating abuse and violence. In this special one-hour episode, you will learn… This isn’t a blog about golf – I promise. So, non-golfers, please keep reading.

I was at a birthday party chatting with the teenage daughter of a colleague. We were having a lively discussion about golf and she was telling me that she had joined a league and was really enjoying it.

I was a little jealous because I know in my heart that doing the same would be one great way to improve my ailing handicap. OK – the truth is, I don’t even have…

High hopes for the high holidays, from the Middle East

Join me in sharing this beautiful clip, in which Jews and Muslims in Israel speak about the upcoming holidays of ‘Id al-Adcha and Yom Kippur, which come out together this year. Beautiful!

The clip was produced by Mosaica, Israel’s leading community mediation center, which operates branches in mixed Jewish/Muslim cities in Israel. …

Transformative Mediation Conference Coming to Dayton, Ohio in May

Read all about the upcoming transformative mediation conference in Dayton, OH.  It's the first time since 2008 that such a conference has happened in the USA.  Read about it here.

Do We All Test Boundaries?

You won’t read any parenting book without reading the words, “testing boundaries.” I promise. It’s one of the parenting industry’s favorite phrases, and it refers to (usually) a child who is pushing his limits to see when Mom or Dad will stand their ground.

But, did you know we really NEVER outgrow the behavior? Even as adults, many of us push boundaries in our intimate relationships, friendships, and at work.…

Advocate Kazi m,Iqbal is attorney who focuses his practice in the area of Family Law, including cases involving divorce, custody, child support, guardianship, termination of parental rights, mediation, property and asset division, establishment and disestablishment of custody and adoption. advocate kazi m, iqbals also a Mediator, Parenting Coordinator, and is certified in Collaborative Law. Through his years of experience, He is committed to…

mitted to assist hIs clients through the often difficult and emotional processes that surround family law issues.
“I believe in developing strong relationships with my clients. Each case is unique and every individual’s needs are different. My goal is to always get the best possible outcome for my clients, which requires not only knowledge of the law, but also the…
Continue

Talking to Your Tweens and Teens When They Question Their Beliefs As our children grow, they naturally push for more control over their own lives. Growing independence and natural curiosity may bring them to question why the family believes what we believe. They might even reach the point of changing or abandoning beliefs held dear. How do we,…

I send a lot of e-mails and this observation in research conducted by Kristin Byron (as reported in the Journal of Personality and Social Psychology) fascinates me.

Regardless of the sender’s intention, the recipient of an e-mail interprets it pretty differently.

If the sender thinks its positive, the receiver feels its neutral.

If the sender thinks its neutral, the receiver feels its negative.…

WHEN AND HOW TO INCLUDE CHILDREN IN ADR PROCESSES

What Can Be Done About High-Conflict Employees?

As a former reporter in a high-pressure newsroom, I couldn’t help but be horrified a few weeks ago, when a disgruntled ex-news employee shot and killed a reporter and videographer live on T.V.

It shook me to the core, not just because of the tragic circumstances, but also because I remember working alongside many a disgruntled employee in the newsroom and wondering, “will this person hurt me or someone else?” In one instance, I thought a videographer was going to kill me.…