Negotiation 101: Building Blocks for Getting What You Need We negotiate every single day over important and routine requests. Spouses negotiate over household and financial duties, co-workers negotiate time off, job tasks, promotions and salaries. When a perceived disagreement or dispute erupts, know how to negotiate…

An Introduction to REAL Conflict Coaching

OK, I have a confession to make … I am a “but” head. I use the word “but” way too often in my conversations so trying to eliminate it from my vocabulary is my resolution for this new year.

“But” is one of those words that immediately causes the hair on your neck to bristle. It’s a cliff to something… 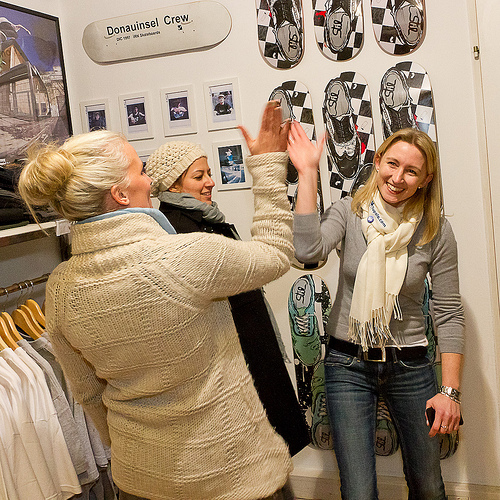 With its ability to make our lives easier, mobile technology (mTech… 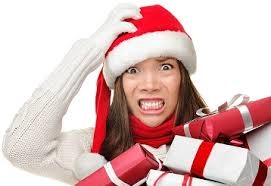 Yes, the holidays are notorious for CREATING conflict (think family get-togethers, financial stress, and unrealistic expectations), but, this year, I thought it would be a good idea to focus on how the holidays can actually RESOLVE the past year’s conflicts.

1. Attitude Change: What better time of year than the holidays for an attitude change.…

I’d like to wish all of you the very best of health and happiness for the coming year in this final ConflictMastery™ Quest(ions) blog for 2014.

If you make New Year’s resolutions, won’t you also consider the “conflict resolutions” below?

Warmest regards to you and yours, and may your 2015 be peaceful and wonderful in every way.

Thank you very much to those who gave me new resolution ideas last year. You will find most of them here:

Working Together and Not Just Side-by-Side: Cultivating Conflict Competence in Healthcare Organizations There has been an increased emphasis on teamwork and collaboration in the delivery of health services over the past decade. Much of this has been due to research that indicates the need for good communication and coordination in order to provide safe and effective care to…

Here is how British soldier Frank Richards described it:

On Christmas morning we stuck up a board with “Merry Christmas” on it. The enemy has stuck up a similar one … Two of our men then threw their equipment off and jumped on the parapet with…

So, you may be wondering about the title of this post–who the heck is Rapoport and what is his intervention?

Well, let me tell you!

It may be hard to imagine the word conflict being qualified by the adjective “sweet”. Yet, think of the times that goodness comes from reconciling differences that had been having a negative impact on a relationship. Think, too, of the relief experienced after expressing unspoken truths and the outcome of doing so is positive. Think of the importance of finding how we inadvertently contributed to someone's upset and have the chance to make it 'right' . Think of mending the breakdown in our…

The Language of Conflict Ken Cloke is renowned for his decades of work, passion and dedication to bring peacemaking tools to wherever he believes he can be of service whether it is in the U.S. or around the world. In this episode, The Language of Conflict, Ken will share his personal…

A great blog post by John Lande on indisputably.org:

Is Legal Education a Zombie?

NEWS FLASH … the difference between success and failure can sometimes be just a tiny shift in how we do things. Here’s my recent experience.

I am on a panel of custody mediators at the Second Judicial District Court. When I was first appointed to the panel, the mediation program administrator would reach out to me, on a case-by-case basis, and ask whether I was available on a particular day and time to conduct a mediation.

I would open my e-mail…

recently picked up quite a handy piece of advice, and I wanted to pass it on. It’s called “Yes, No, and I’ll Think About It.” And, I’m pretty sure it’s gonna make my job (and yours) as a mediator a LOT easier!

So, here’s a handy tip if you…

I like this story about the expression chancing your arm and thought I would pass it on to you. My colleague Mary Rafferty used it recently when referring to someone taking a risk and I had never heard of it. The phrase’s roots did have risk attached to it and also a peaceful gesture.

The story goes that “In 1492 two Irish families, the Butlers of Ormonde and the FitzGeralds of Kildare,…

"During the month of December, please enjoy these previously recorded shows...The Best of 2014. We will return live every Tuesday night beginning January 6, 2015. Enjoy the Holidays!" We have all experienced the drama when we engage in…