Discussion Forum - How do we make Online Conflict Resolution a Lifestyle?

How do we make Online Conflict Resolution a Lifestyle?

It's more affordable and accessible than face to face, yet there still seems to be resistance from clients and mediators. Simulations are effective for converting doubters, so what holds people back from on line dispute resolution?

Remi Alli is a Psychology graduate and also holds a Master's Degree in Health Law and JD. She has mediated for over 15 years and is a trained and certified Mediator. She recently received the top prize in the nation for legal writing and served as a teacher through the Law & Leadership Institute. Nancy Radford is a qualified personal and business coach,and accredited by the ADR Group as a Civil and Commercial Mediator and an International Online Mediator. She has received additional training in Special Educational Needs Mediation from KIDS and is on the regional KIDS SEN Panel. Prior to mediation and conflict coaching, Nancy worked as a nurse, midwife and researcher in the health sector, was a director of a quick print firm, and a senior manager in charities and private companies. 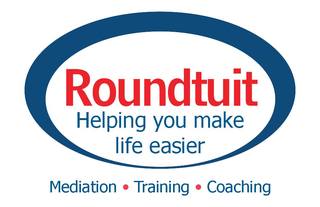 As a “third culture kid”, she is comfortable with religious, national and cultural differences and sensitivities, enabling mutual understanding. As a qualified coach, facilitator and mediator, she uses her experience, combined with techniques and tools based on research in behavioural science and psychology to rebuild trust and relationships. Nancy particularly enjoys mediating or facilitating change in difficult and emotional situations by giving people tools to handle clashing values or conflicts of interest in a constructive way. www.roundtuit.me.uk

Nancy and Remi, thanks for initiating this really important conversation! I think 'lifestyle' is a framing that captures some elements that might not be caught under 'mainstreaming' or other similar terms that have been used.

To be mildly provocative, I'd like to suggest that the field really needs to look for 'more's that go beyond the three you've offered. Not that these are necessarily wrong (even though certainly do not hold true for everyone!) - but I think the 'less cost and less fuss' promotion that typifies everything on the internet will only take ODR so far.

Several years ago Colleen Getz and I suggested adding 'more environmental' (ODR: The Next Green Giant). However, that is just one example of a broader category of 'more's - things/ways in which ODR delivers beyond what traditional ADR, and perhaps other types of professional service providers, cannot deliver. As ODR matures into a professional field of practice, perhaps some reflection on this might uncover some new 'more's that were not included in the first decade of advocating for ODR, in which your three 'more's and others closely related received most of the attention.

I hope you won't see this as either sidestepping or hijacking the question, I'm only hoping to expand it :-)

This is really interesting. How could this tie into e virtual training games for those learning the art of conflict resolution?

Setting the stage/controlling the environment may be part of the mediator's toolkit.

Does the fact that they have less control over the individuals environments make mediators uncomfortable on line?

Or does it empower the parties and enhance the process?

Permalink Reply by Conchita F. Serri on October 31, 2016 at 11:58am
The future is here.
Hi All,
Thanks to Bryan for sponsoring this great event! The posted questions are insightful and offer good for thought. As an introduction to the attendees, I am Conchita Serri, the Ombuds at Pomona College, and also the Founder and CEO of Caroami, a stealth product we're about to enter its test phase in at the Pomona College dorms. Caroami is an Angel-funded SaaS platform that uses a self-moderated, AI-driven mobile app to help resolve interpersonal conflicts among freshmen and other students living in dorms. Our "smart" Conflict Resolution tool and incident reporting modules and analytics can be tailored to the needs of our prospective clients, colleges and universities. This is a digital tool that supports good faith efforts in promoting safety and engaging digital natives in productive, guided conversations by offering them an engaging and handy solution to interpersonal conflict 24/7. If the problem is not solved by the end-user, students, with the app, they will have the option to request a mediation appointment with a designated official or to make an appointment with a resource office, such as housing, Ombuds, Counseling, etc., directly from the app.
We are going seeking to invite two additional colleges to conduct the beta testing asap - in case your college may be interested. I am happy to answer any questions online or privately. Thank you. Conchita@pingingtea.com

Great topic.  This topic is the foundation for moving the entire industry forward.  From the point of view of someone who has been a negotiator across cultures for 40 years of legal practice, I have always taken a 'resolutionary' approach to getting deals done.  Sharing a vision, sharing a path, sharing a framework, co-creating...building solid relationships;  that's what gets deals done and keeps them together when problems arise.   And, I certainly remember growing up that unresolved conflict and fighting was frowned upon - relationships were more important.

The foundation of justice in the US, however, has become adversarial.  Alternative dispute resolution, which was supposed to be the beginning of the multi-door courthouse  (triage) approach to sifting out the easily resolvable conflicts led to the growth of arbitration as an alternative to courts;   and, mediation, which was generally considered a less effective approach because of its nonbinding nature.  And so, arbitration became a bit of an industry and lawyers jumped in;  before long, it looked like the adversarial court system.  And, mediation continued to have debates about whether or not it is a profession, and, it looked a lot like a cottage industry with a lot of wonderful people, but always having to sell the concept.  Justice is still with the courts.  And that was the state of play when ODR came alive almost 20 years ago.

I remember Jim Melamed telling me in the early days of Internet Bar, that we really were in the 'choice of forum' business.  It makes sense to me now, though it honestly didn't make any sense to me at the time. How many contracts have a choice of forum clause that says - arbitration under the rules of the AAA???  That's where the rubber meets the road.  In a subsequent post in this forum, an ombudsperson at a college (Pomona?) talks about the use of self-moderated solution for freshman that may become a norm for the school if it works.  That's the beginning of Jim's vision of 'choice of forum' - if the tool works and if the school's handbook tells freshman - use the tool to resolve conflict at an early stage before it gets out of hand, then, ODR has a future for those freshman.  They will understand that ODR is about preventing conflict at its beginning - from getting out of hand.

I've talked about resolution to many clients for many years;  and, I've attempted to sell the 'logic' of ODR to courts, to bar associations, to intergovernmental organizations, for some time now.  Closing the sale has little to do with logic - it has to do with finding a marketplace of potential cases that is ready to adopt a culture of resolution because that's the norm of the community.  Schools are the PERFECT place to begin, because learning requires focus, a calm sense of purpose, and an avoidance of conflict.  And, of course,  young people are ready to embrace, not fight, technology.  In addition to schools, Internet Bar is also looking at the legal aid institutions in the US which serve the most vulnerable in our society.  We are running a hackathon there this weekend, but groups are forming now.  We hope to build a national ODR institution where those who are comfortable with ODR tools will be able to help resolve cases.  Join us at http://www.techforjustice.org/legal-justice-hackathon/  .

The use of emojis is a concept that I honestly have not thought about until now.

When I attended a conference with the European Disability Forum ten years ago, they had a cartoonist used emojiis-like drawings to translate what was being discussed to help individuals with "hidden" disabilities follow the conversation. I had no idea ten years later a similar method would be incorporated into our daily cellphone and facebook lives. (A great reminder that this is an example of universal design).

Now to use it for ODR I think could potentially fill in the gaps when one cannot read both tone of voice and body language to understand a person's emotional state when saying x, y, and z. But I believe some ground rules should be used to ensure it is being treated as a form of communication and not to be cute or distracting as one may see on Facebook.

What is everyone's thoughts?

Interesting! I would love to discuss this more as we develop emojis that transition to show the changing moods of a typical, complex human.

The subject question should be answered in two parts :- (1) for people in dispute and (2) for ADR professionals.

As to (1) there is no problem as I see it since the overwhelming majority of ODR driven resolutions take place on native systems within online marketplaces and 'gig' economy hiring sites. In other words if you build it into the structure at which the dispute arises then people will use it. It IS the lifestyle of the online economy. People expect the resolution to be online.

Moves around the world (UK, Netherlands,Canada and US) to include  ADR (online and offline) into the heart of the justice system , which  as Lord Justice Briggs said recently will take the 'A' out of ADR' (echoing Colin Rule's 'There is no A in ODR' )will itself extend the space naturally for ODR and make it part of the justice lifestyle.

As to (2) this is the usual challenge for mediators seeking to use ODR to  widen and extend their practice  within the general marketplace for disputes.  I agree with Noam that we need to demonstrate  more 'mores'. The fundamental 'more' for mediators is  the ability ODR gives the mediator to improve marketing. After all if the parties do not need to physically attend then there is a massively larger marketplace for the mediator's skills. Not just distance but urgent mediations that cannot wait for a meeting to be arranged. ODR can also help better prepare an in-person mediation.

As to affordability,this can be significantly improved ,and thus the marketplace of those able to afford higher quality mediation further increased,  by using guided entry pathways in which the parties can be guided into better framing of their cases and their positions, better self-prioritisation of the issues , consideration of  options to resolution etc. all undertaken without any time being spent by the mediator.

In other words, to attract  mediators into the 'lifestyle' of ODR you have to show it will make them competitive and bring them more work. But they have to promote it.  When talking to mediators about marketing (on my  marketing module at www.odrtraining.com) I hear ''yes I must do that eventually but right now there is no call for

Nice! Could you ever imagine ODR being used for political debates? Why or why not?

Many people are appalled with the current state of political debates in the US. Smartsettle did imagine a another way of bringing some order to that. Check out https://www.smartsettle.com/2016/04/04/election/.

And - here's another approach that could certainly be applied to political debate. This one stayed on the drawing board, and if anybody would like to run with it I think all of the authors would be very happy!