In January 2009, the financial services and publishing giant, announced the creation of ombuds office to address concerns about transparency and potential conflicts of interest in the rating process as well as analytical and governance processes. The move was promised by S&P's President Deven Sharma in her testimony to Congress when the company found itself accused of ethical lapses that contributed to the current credit market crisis. The decision by S&P also reflected a trend in the… Continue

There has been a new case in California regarding mediation confidentiality. The gist of the case is to create an exception to confidentiality for communications between an attorney and her client -- especially for purposes of malpractice claims.

The employer is saying that if my client wants
the employer to take action against 3 fellow employees
who call him “Nigger” that he has to pay half of the costs of arbitration.
The employee doesn’t have the money. See 10cv1013, U.S. D. Ct. N.… Continue

During the many years now I've been in the mediation field I like to think I've given of my time generously on behalf of our profession.

The 2010 International ODR Forum will be held in Buenos Aires on June 2-3, 2010. This is the first ODR Foum to be held in South America and information about registration, the program and other details is available at… Continue

Northwest College has hired Pam Fisher for six days to provide mediation and facilitation services in regards to ongoing conflicts between administrators, faculty, staff and students at the college.
According to the Poweel Tribune:
"According to information in a…
Continue

The legal and ADR might just have a new tool to use in their conflict resolution toolbox. I recently wrote an article about this in the Daily Journal. I thought you might like to see the content of the article...

As the U.S. Senate grapples with legislation that would overhaul financial regulation, two proposed ombuds programs could become an issue for lawmakers. The recently approved House bill would create ombuds programs for the Securities and Exchange Commission (SEC) and the Public Company Accounting Oversight Board (PCAOB). As currently drafted, the Senate bill does not.

In December, the House of Representatives passed the Wall Street Reform and Consumer Protection Act of 2009 (HR… Continue

How Celebrities Divorce Is a Choice. Mediation Offers Them a Better Option. 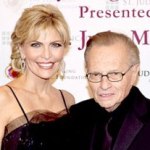 The Week of April 26, 2010 at the United States Supreme Court

The coming week could be a big one for arbitration cases at the United States Supreme Court. First, the Court will hear oral argument in Rent-a-Center West v. Jackson, No. 09-497 on Monday April 26, 2010 at 10:00 a.m. Rent-a-Center, which arises under the…

Mindfulness in Mediation Matters a Must

For some time now, I have tried to practice the concept of being mindful or meditation before starting a mediation. I started thinking about meditation and mediation about two years ago as a result of hearing how some people viewed it as the reason for their… Continue

Back in December 2009 we started posting in the Loree Reinsurance and Arbitration Law Forum a series of articles on vacating arbitration awards under the Federal Arbitration Act. We published the first in the series on December 8, 2009, and two follow-up posts since then. There is a fourth in the works, and a fifth will follow.

I figured that members of the ADRHub who do not ordinarily follow the Loree Reinsurance and Arbitration Law Forum might enjoy this series,…

Ombuds Program Enters 40th Year
WASHINGTON D.C. - Whether assisting families moving to a new area, or providing support during a deployment, Navy spouses have been volunteering for almost four decades through the Navy's Ombudsman Program.
"When families…
Continue

Going to vacation for me is always a fascinating experience. The week before the vacation you go crazy to try and get ready for vacation, and the week that you return is crazy trying to catch up. But that week or two that you are gone is blissful. And you… Continue

There has been an uptick in openings for Organizational Ombuds. Job postings from the past 30 days include:
Continue

Over the past 30 days, North American universities have hired seven new Organizational Ombudsmen. A survey reveals a wide range of backgrounds. This richness exemplifies the field: Ombuds are expected to be conversant in a wide range of issues. Here's a summary of the appointments and the prior position of the new Ombuds.
Continue

What will a mother in Missouri, a parent in California, and a mediator in San Francisco do with the case of embryonic mediation? A news story out of the San Francisco Chronicle reported on the story of a couple in California that contractually gave embryos to… Continue

Since March is National Women's History Month, I thought it would be interesting to add a small contribution to the information regarding gender differences. Vickie Pynchon has been dedicating this month in her… Continue

I was raised in an environment where we were consumed with “fixing” ourselves. Perhaps this came from my family's immigrant roots and the driving need to “fit in” or not to stand out (at least in bad ways). I always sought to do a good job, but I put limitations on myself in terms of getting better, as I focused so… Continue

What to Charge? The How and Why.

As you may know, I conducted a seminar on a 112 ways to succeed in your mediation practice recently and promised the participants that I would slowly place my… Continue