#RenoACR2015 Conference Preview - An Invitation to Reno from the Atlantis

This Conversation May be Recorded to Ensure Quality

“This conversation may be recorded to ensure quality.”

We’ve all heard that phrase before when we are about to be connected with customer service or a help line of some sort. But I never really thought about what it might mean.

Well, it turns out that there is a psychologist and researcher in England (Elizabeth Stokoe) who analyzes real call/conversation data…

John Lande's Last Lecture: TIPS FOR LAWYERS WHO WANT TO GET GOOD RESULTS FOR CLIENTS AND MAKE MONEY

Here is a good piece written by a good friend, with all the good advice a new lawyer needs before she or he gets started. Dispute resolution folks – I think you may want to read this as well.

Could Insecure Attachment Be Fueling Your Fights?

You may have heard of mother-child attachment–the idea that babies who feel safe and secure with their mothers tend to thrive, and those who feel insecurely attached to their mothers may have trouble establishing healthy relationships.

Well, according to Dr. Sue Johnson, adults can have attachment disorders, too. Except, for adults, the object of the attachment is one’s romantic partner.… Have you ever been called a "slut"? If so, how did you feel? Whether you are sexually active or not the term can be hurtful and embarrassing. If you’re a parent of a teen,…

Negotiating via (the New) Email (again!)

A book chapter I wrote last year, Negotiation via (the New) Email, is to be reprinted in a second leading negotiation textbook – this time, in the upcoming edition of Jay Folberg and Dwight Golann’s Lawyer Negotiation: Theory, Practice, and Law. I’m so glad this topic is starting to find its way into the mainstream of negotiation courses, in business, conflict engagement and legal frameworks (earlier this year, it was reprinted in Roy Lewicki, Bruce Barry and David Saunders’…

How about a break?

Ever had something to do that you really didn’t want to? Or a task that caused you great frustration that just needed to be done?

These types of activities cause me to ‘stress eat’ – that’s my not so scientific term for the well worn path to my refrigerator.

The latest issue of the Journal of the International Ombudsman Association is the first of two editions celebrating the ten years of IOA. The is the first issue from new co-editors, Howard Gadlin and Samantha…

CIT is looking for an intern to help with the coordination of the International Mediator Community of Practice's (IMCP) activities.

I’ll be the first one to admit–my kids aren’t always great at following the lead. They can be a bit bossy and over-arching, and that’s on a good day. But, as I watched my son play with a friend the other day, I realized…there’s hope.

I looked on as, time after time, the friend grabbed a toy out of my son’s hand. Then, I observed my son just “moving on” to a different toy. No fuss. No fight. I was one proud Mama!

It made me wonder about a recent…

Join ACR President, Nancy Flatters, in her conversation with Dr. Bernard (Bernie) Mayer about his new book "The Conflict Paradox" and its embodiment of his evolving thinking about the heart of what we do as conflict interveners and how we make a difference. Bernie gets at this through focusing on seven essential paradoxes that…

Often we are thrown together because we have some kind of problem that needs addressing.

Here is a brief glimpse of four of the many exciting sessions that are being offered:

Elder mediation is a new and growing…

The Pre-Conference and Conference sessions include practical topics such as:

Today marked the first day of Kindergarten for my youngest child, and it’s a bittersweet milestone for most of us Moms out there. It means the “baby” isn’t really a baby anymore, which can feel kind of sad. But, it also means you’ve kept your youngest child alive for five whole years (not as easy as you think)!

As I left him in the classroom, under the tutelege of someone I don’t really know, I secretly hoped he would learn something and, hopefully, not… Mental health includes decision making, communication, and handling life’s pressure. When an adolescent has a mental health disorder, it may negatively impact the person’s ability to handle stress and interact with others. The National Advisory Mental Health Council estimates that 1 in 5 adolescents suffer from one or more mental disorders. Although mental illness can be…

#RenoACR15: "Thinking About Our Thinking on Mediator Ethics" 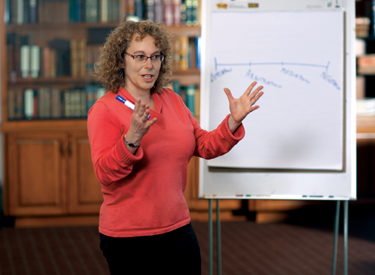 Here is a brief glimpse of four of the many exciting…