ADRhub.com recommends you check out the latest issue of the the Journal of Conflictology. The new issue includes:
*The opening article by Neuroscientist David Bueno presents a series of new data on the…

A look at UpToParents.org

For those of you that are unfamiliar with UpToParents.org, here is a great free tool available to parents and mediators. (Thanks to Linda Gryczan for pointing this site out) It is suggested that mediators have each parent go through the program before entering into a mediation. I feel… Continue

A Blog on Blogging

In the many discussions I had during the holiday, the fact that I have been blogging for ADRhub came up multiple times. Some were surprised, others thought it was cool. I did however get one unified reaction, "I could never do that."

I will admit, I was in their shoes not that long ago. Just ten short weeks ago I began to blog. I wondered (and sometimes still do), will anyone read my blogs? Will it even matter? Will I run out of stuff to talk about? After ten weeks I can tell you,… Continue

Yet another reason to be on Twitter (follow me @ADRhub and @mediatorjeff)- I came across a retweet by conflict coach Cinnie Noble (@CINERGYCoaching) who posted the following link below. It is from David Holzmer's (@DavidHolzmer) blog and it talks about leadership qualities. For those mediators who work 'beyond neutrality' and others who work in conflict resolution, the following could be of interest: Thanks to @davidrock101 I came across the following article: …
Continue

ICANN has opened a search for an experienced professional Ombudsman. The winning candidate will have the responsibility of managing the Ombudsman conflict resolution program, fielding and resolving issues and complaints arising from the Internet community, and acting as a functional partner to augment and enhance the mission and goals of ICANN.

One of the primary strengths of ADRhub.com is the network of members from such diverse backgrounds. ADRhub.com now includes academics, practitioners, scholars, professionals, students, 'newbies,' and those interested in getting involved in Alternative Dispute Resolution (ADR). The network has experienced rapid growth in a short period of time--a testament to the high level of interest in ADR, as well as a strong desire to collaborate and learn from other members.

Not Facing Someone Makes Them Comfortable???

I went the other day to an espresso bar (yes, I am a full-on coffee/espresso snob now!) and noticed something that I had to blog on. Being the massive observer of body language and nonverbal communication that I claim to be, I noticed the two people next to me.
They were both seated next to me, and I was standing at a high table drinking my…
Continue

Spice Up Your Search Results

Whether it be (and certainly not limited to) Ask, Bing, Google, or Yahoo, I’ll quickly admit that there is not a lack of viable search engines on the Web. One might think that there would be little room to improve upon established search engines. However, the rapid evolution and adoption of media and communication forms, especially social networking sites, provides a new opportunity to bridge the gap between established and emerging sources of information.… Continue

Getting to “NO” while getting to “KNOW” the DN triple C

Getting to “NO” while getting to “KNOW” the DN triple C…

The Start of my Journey

As I near the end of my practicum, one of my many worries is that I

won’t be able to find a job in mediation. After all, things are stacked up against me in a way. Being 24 years old, without a law degree, very little mediation experience, I feel that I am a little behind the eight ball. As I search for hints and suggestions to get in field, I am bombarded with this lack luster advice, “Don’t quit your day job.” You mean to tell me after I have experienced the power of mediation,…

Know who you are: Living your Values

It seems that many employees are increasingly disgruntled by their employer’s failure to “walk the talk”. When an organization proclaims
it believes in something, but then behaves in a way that is contrary to
those beliefs, the results are dire. Just today, I heard an example of a
company communicating to its… Continue

fuss about the forum: Noam Ebner goes to Cyberweek (again!)

...One way or another, I had quite a few of those moments last week, as I participated in Cyberweek, the annual online conference on Online Dispute Resolution. There’s nothing like a good show combined with the feeling of a…

The ABC's of Conflict Resolution

One of the primary strengths of ADRhub.com is the network of members from such diverse backgrounds. ADRhub.com now includes academics, practitioners, scholars, professionals, students, 'newbies,' and those interested in getting involved in Alternative Dispute Resolution (ADR). The network has experienced rapid growth in a short period of time--a testament to the high level of interest in ADR, as well as a strong desire to collaborate and learn from other members.

Is required mediation/arbitration good for the future of ADR?

As I look at the current state of ADR, I can't help but think about some of the factors that have helped it get to this point. Overflowing dockets in the courts, new legislation, and contractual requirements have all helped fill the schedules of mediators around the world. Each has helped get ADR from crawling to walking. Now I ask myself, is required mediation good for the long term success of mediation.

Certainly there some perks to these…

Much fuss about the forum: Noam Ebner goes to Cyberweek (again!)

Noam participated in a week-long conference with hundreds of other people, from his armchair at home, and wants to share...… 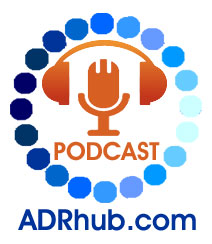 Since Cyberweek, I have had the opportunity to research different information and communication technology (ICT) platforms that were either designed or adopted to support peace-building efforts. The interest was sparked after participating in Jeff Aresty and Ruha Devanesan’s presentation on the Internet Bar Organization’s (IBO) Microcommerce Justice Initiatives. The IBO has successfully brought communities online to participate in the global marketplace…