OUT OF CONTROL IN CONFLICT

There are times when we may say we feel ‘out of control’ when we are in conflict and that means different things to different people. The description of what ‘out of control’ means will differ among us and typically, being out of control is not a positive experience for ourselves or the other person. It seems that this sentiment is expressed when we react strongly to being provoked and say or do things that we consider uncharacteristic and, perhaps, unreasoned, unreasonable and even…

NAFCM's pleased to announce a fresh set of webinars in our ongoing Community Mediation Webinar Series.

Take a look at the exciting topics and expert presenters we'll be featuring:…
Continue

Irvine, Calif. – The nonprofit JAMS Foundation announced that it approved eight new grants to organizations using innovative ways to promote and advance conflict prevention and dispute resolution. The Foundation will distribute the money in the form of three Foundation Grants, which provide financial support up to $50,000 for ADR initiatives with national impact, and five… We all have at least one person we wish we could make disappear...without getting in trouble! It’s not magic. It’s proven methods to communicate, mediate, and resolve stressful misunderstandings, happily ever after, and so no one gets fired or mired in continuous conflict. This show, based on the recent book release, will dig deeper than personalities, include the impact of stress,…

Have you ever heard someone threaten “I’ll see you in…

Cyberweek is in not only in English & Spanish - for the first time ever, it's in Italian as well!
Check out the Italian section of this truly international, online conference on Online Dispute Resolution at
http://ning.it/OHjpDg

New York – JAMS, the largest private provider of mediation and arbitration services worldwide, today announced the addition of Hon. Bernard J. Fried (Ret.) to its panel. Justice Fried will be based in the JAMS New York Resolution Center. He…

Forgive and forget is one of those common statements said to someone after they have been in a conflict. It may be to encourage them to move on, to not be bothered anymore with what occurred, to stop fretting, to let themselves and the other person ‘off the hook’, and so on. Often this expression is stated flippantly though - out of impatience or lack of understanding. It may be said in sympathy and beseechingly.

What about this expression when it comes to conflict mastery?  Sometimes…

Dallas – JAMS, the largest private provider of mediation and arbitration services worldwide, today announced the addition of Hon. Jeff Kaplan (Ret.) to its panel. Judge Kaplan will be based in the JAMS Dallas Resolution Center and is the 39th federal judge to join JAMS. The…

You’ve Figured Out What’s Wrong in the Office – Now What? Stephen Kotev and I help you figure out how to resolve conflicts in the workplace. In this episode we pick up where “A Manager’s Dilemma: How do YOU figure…

Transformative Mediators from Europe and the USA Say They're Surprised

For this blog entry, I corresponded with transformative mediators from the USA and Europe, and asked them what surprised them most about their work.  Here's what they said. 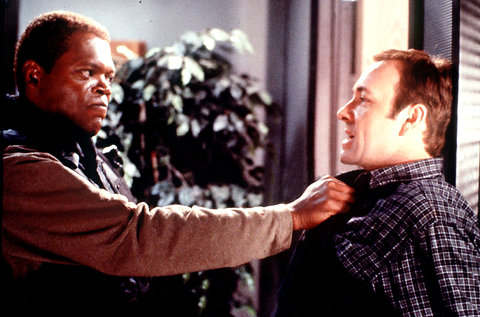 CoFO will hold its 11th Annual Conference on Monday, October 29, 2012, at the U.S. Patent and Trademark Office in Alexandria, Virginia. The event is open to those who are working as Ombuds in the Federal sector and anyone just interested in the role. Individuals thinking about creating the role within their agency are especially invited to attend.

ENOHE will hold its 10th annual conference at St Catherine’s College, University of Oxford, on April 11-13, 2013. The meeting will be hosted the Office of the Independent Adjudicator for Higher Education in England and Wales and will examine the implications of a more consumer-focused environment for University Ombudsmen.  The cost is £450 for bookings before December 31, 2012 (£500 thereafter) and includes:

On the 11th Anniversary of the September 11th attacks,

we remember all of those that were lost.…

Chicago – JAMS, the largest private provider of mediation and arbitration services worldwide, today announced the addition of Hon. Sheila M. O’Brien (Ret.) to its panel. Justice O’Brien will be based in the JAMS Chicago Resolution Center. She will serve as an arbitrator, mediator and special master in a variety of disputes including Appellate,…